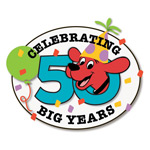 Scholastic Media will kick off the 50th anniversary celebration of Clifford the Big Red Dog on September 24th—in conjunction with the publication of Norman Bridwell’s Clifford and the ‘Biggest Birthday Party Ever’ at Scholastic headquarters in New York City, a live event, which will be streamed to classrooms nationwide. The campaign will span the school year and will include the launch of new publishing, a birthday card campaign and a national sweepstakes leading up to Clifford’s official birthday on February 14, 2013.

Since the first Clifford book was published in 1963, the property has expanded to include 126 million books in print and an Emmy-winning winning television series – currently in its 12th season on PBS KIDS in the US; the show has been sold to 30 countries in 12 languages worldwide. A hybrid live-action/CG feature is also in the works at Illumination Entertainment.

“For 50 years, Clifford has earned a place among the most iconic and beloved characters in children’s literature and entertainment,” said Deborah Forte, President of Scholastic Media and Executive Vice President of Scholastic Inc. “We are delighted to invite children and families to participate in this BIG celebration – and to congratulate Norman Bridwell on this extraordinary milestone.”

September also marks the launch of Clifford’s BIG Birthday App for iOS and Android ($0.99) – a brand-new, must-have birthday app. In it, Emily Elizabeth invites players to join her in Clifford’s BIG doghouse as she works to create a surprise party for his birthday. The app features three highly interactive and replayable birthday-themed games, including a leveled word game that builds literacy skills using augmented reality. Each game reinforces language skills needed for early readers, including spelling, word families, and sight words.

Scholastic will launch three Facebook apps on Clifford’s Facebook page to get fans prepared for the February birthday. Beginning in November, fans can create and upload their very own Clifford inspired birthday cake and vote on their fan favorite! In December, Scholastic will launch a Clifford-themed game to get ready for the party, and in January, ‘Clifford’s BIG Red Shirt Builder’ app will allow fans create their very own Clifford tee shirts. 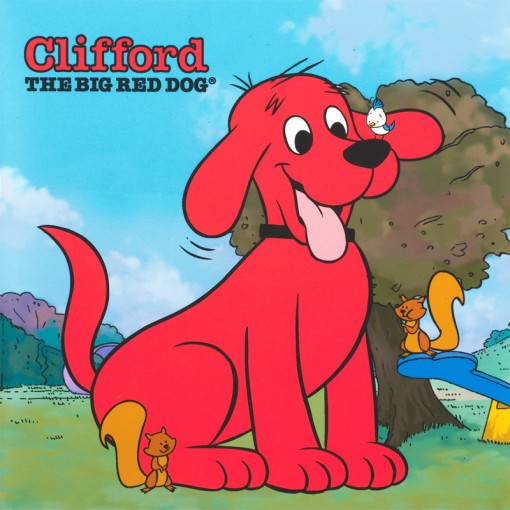 PBS KIDS will also air the broadcast premiere of Clifford’s Really Big Movie. The animated 2D movie, originally released in 2004 by Warner Bros., features the late John Ritter as the voice of Clifford as well as Wayne Brady, Jenna Elfman and John Goodman. A live Clifford show is also on tour nationally and will continue through Spring 2013.