Sanjay and Craig, a fun new animated show about the adventures of 12-year-old Sanjay (Maulik Pancholy) and his best buddy, a snake named Craig (Chris Hardwick) is set to premiere on Nickelodeon on Saturday, May 25 at 10:30 a.m. The 20-episode series, produced by Nickelodeon Animation Studios, will begin airing on the network’s international channels in early 2014.

Sanjay and Craig is created and co-executive produced by Jim Dirschberger, Jay Howell and Andreas Trolf. These first-time creators were teamed with award-winning writers and producers Will McRobb and Chris Viscardi (The Adventures of Pete & Pete, Alvin and the Chipmunks). The series features the voice talents of Pancholy and Hardwick in the lead roles with additional cast members that include: Linda Cardellini (Mad Men, Freaks and Geeks) as Megan; Matt Jones (Breaking Bad) as Hector; Tony Hale (Veep, Arrested Development) as Mr. Noodman; Kunal Nayyar (The Big Bang Theory) as Vijay; Grey DeLisle (The Fairly OddParents) as Darlene and Sandy Dickson; and Remington Tufflips as himself.

“The comedic and outrageous adventures of Sanjay and Craig deliver the perfect yet distinctive mix of weird, wonderful and random humor that is both unconventional and modern, which this post-millennial world has a strong affinity for,” says Russell Hicks, President of Content Development and Production.

Sanjay and Craig’s relationship is an alliance of equals, with Sanjay relying on his best buddy to aid his misadventures through their suburban neighborhood. From perfecting the ultimate bike skid, tightroping across a pool of garbage on a dare or Craig manipulating a contest to win his best buddy one hundred dogs, their routine hijinks often cross into the land of the fantastical and the absurd. Only Sanjay and his closest friends can hear Craig’s warped words of wisdom. The only thing that stands in their way is their unhinged, snake-phobic neighbor, Mr. Noodman, who’s always on the verge of figuring out that Craig can talk.

During the half-hour series premiere, Sanjay and Craig infiltrate the hospital to see the world’s first butt transplant in “Brett Venom MD.” Then in “Laugh Quake,” the two go on a quest to find the ultimate laugh. Beginning May 6, viewers can head to www.nick.com to play Rad Awesome Butt Doctors, a brand-new online game where Sanjay and Craig dress up as doctors and have to work together to fix sick patients. 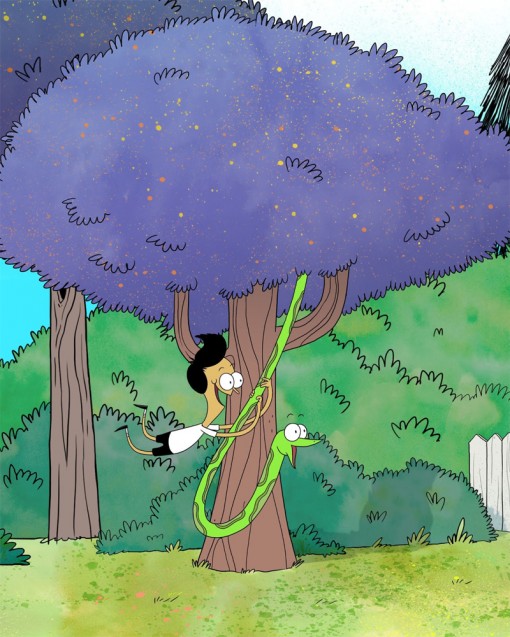