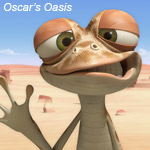 Here’s the word on three of the most-recent animated series sales from around the globe:

• Coolabi has secured a terrestrial broadcast deal for Poppy Cat with CITV in the United Kingdom. CITV will begin airing in the spring the 52 x 11 min. animated series, which has been airing on Nick Jr. U.K. since May. This deal for Poppy Cat follows previous sales to more than 20 broadcasters in other territories, including Sprout in the U.S., Disney Junior in Spain and Latin America, Nick Jr. Australia, RTE Ireland, across Scandinavia, and TVO, SCN and Knowledge Network in Canada.

• Entertainment One Family has announced multiple deals for its BAFTA-Award winning animated series Ben and Holly’s Little Kingdom.  The company is extending its relationship with Nick Jr. U.K., which will now add the second series of Ben and Holly’s Little Kingdom to its schedule in 2012. Other deals for the first series have been struck with RAI’s Yoyo channel in Italy; RTVE’s TV Clan, the No. 1 preschoolers broadcast platform in Spain; and RTP, the foremost public national broadcaster in Portugal. Other deals will see the first series broadcast on Nick Jr. Channels and blocks in Germany, Scandinavia, the Netherlands, Spain, Portugal, Italy, Eastern and Central Europe, Russia, Africa, Middle East, Asia, Australia and Latin America.