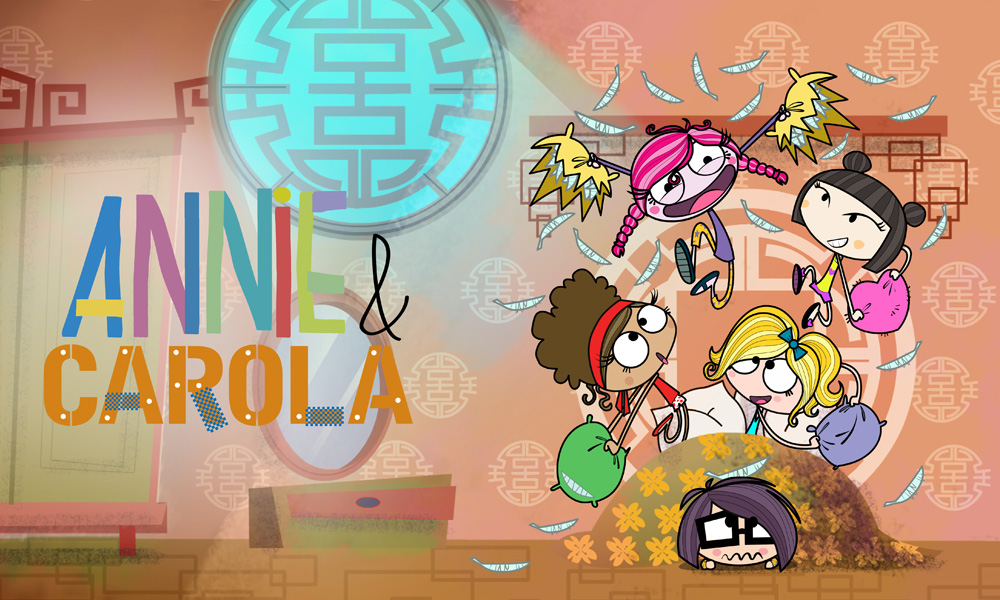 Mondo TV Iberoamérica Group (part of the Mondo TV Group one of the largest European producers and distributors of animated content) has announced that Spanish public broadcaster RTVE has confirmed its participation in the co-production of the animated series Annie & Carola, an exciting and original new project from the celebrated producer and director Myriam Ballesteros.

The details of RTVE’s participation will be announced at a later stage.

Clan, RTVE’s children’s channel, has included Annie & Carola among six projects in its 2020 call for animation, the annual event that is part of RTVE’s undertaking to support the Spanish audiovisual industry.

Annie & Carola is written by Txema Ocio and directed by Ballesteros, owner of MB Producciones. Mondo TV Iberoamérica recently signed a strategic agreement with MB Producciones through which Mondo TV will receive the majority of the show’s IP and will be in charge of the show’s international distribution. Ballesteros is a respected producer and director with many years’ experience in the audiovisual sector. Her portfolio of globally successful animated series includes Lucky Fred, Lola and Virginia and Sandra: The Fairytale Detective.

Annie & Carola (52 x 11′, HD 2D) is a funny and inventive animated comedy. But it’s also much more. It’s a unique and original project that aims to bring together a rich cast of characters whose feeling and emotions have a universal relevance, reflecting the aspirations and concerns of today’s children.

Carola is a nerd with no social skills. She’s also a genius. She builds a robot friend who, she thinks, will share her love of science and keep her safe from the world of teenagers that she doesn’t understand and makes her very nervous. But things don’t go to plan: An accident transforms what was meant to be a clone of herself into a crazy and uninhibited friend, Annie, who will get Carola to face the situations she fears the most.

The series is expected to launch in the second half of 2022.

The entire pre-production phase of the series will be overseen by Mondo TV Producciones Canarias, which will play a key role in the development of the property, thus further reinforcing its role within the Mondo TV group and expanding the range of its offer.

“The selection of Annie & Carola by Clan TV is an important vote of confidence from the channel – and will be a major boost for the development of this funny, clever and highly original series,” said Maria Bonaria Fois, CEO of Mondo TV Iberoamérica. “It is a privilege for all of us at Mondo TV Iberoamérica to be part of this very special project together with Myriam Ballesteros.”

Ballesteros, CEO of MB Producciones, added, “It is a true honor that Annie & Carola has been selected as one of the projects supported by RTVE. It’s a comedy with all the crazy situations, visual gags and hilarious dialogue that make great animation but it’s much more than that. Like all great comedies, Annie & Carola has emotional truth at its core and has real substance to go with the wacky humor. It’s a combination that we believe reflects the concerns of our young audience and will have enormous appeal for them.”