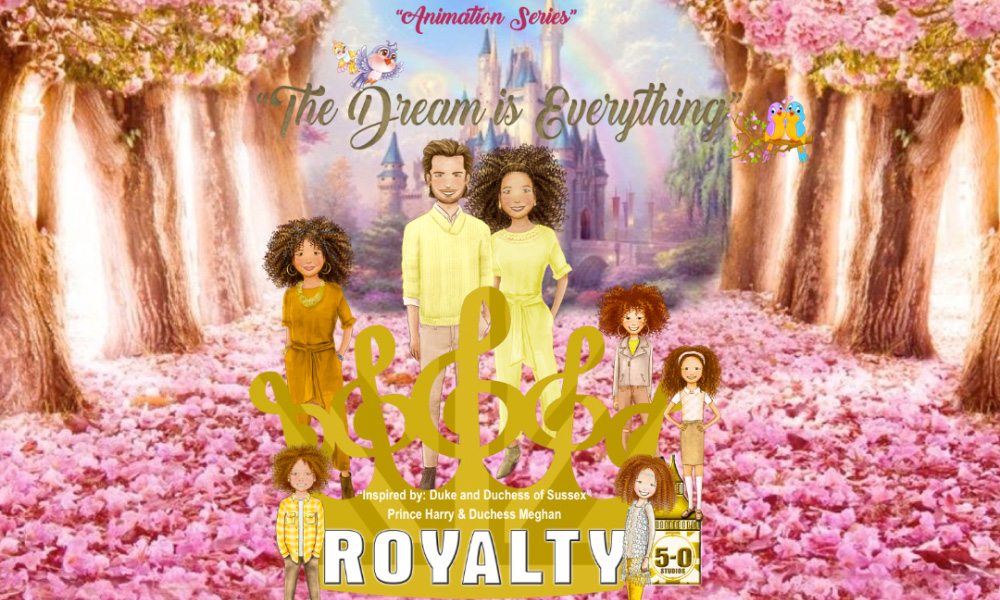 London- and New York-based 5-O Entertainment Studios has revealed a new animated series project in development inspired by the Duke and Duchess of Sussex (a.k.a. Britain’s Prince Harry and American actress Meghan Markle). Titled Royalty, the series will follow a fictional family based on the headline-grabbing royals and their dedication to charitable works.

Created by Melanie Greene, Royalty centers on kindly and gracious Prince Andrew and Princess Caroline and their four children: music-loving tween Princess Cristina, 10-year old twins Princess Lara and Prince Philip, and Princess Alexandra — the youngest of all the family but a deeply empathetic personality with a passion for the family history. Also playing a large role is grand-mum the Queen, who adore dogs and horses. The series is set in richly historical London.

“Perhaps the greatest lesson that the future of Royalty the animation television series holds is the idea that one should ‘keep moving forward;’ it’s something that I hope the audience will take each week in their heart, especially the kids, to help stay motivated, inspired, no matter what challenges life may present,” said Greene. “Most people only wish they could do something to create a better world, but most people are not His Royal Highness Prince Harry, Duke of Sussex and Duchess Meghan of Sussex. The endearing love that both carry inside their hearts set the abundance of inspiration in our new television animation series Royalty.”

The characters are also loosely based on 5-O Ent.’s Little Melanie brand, which boasts 250 children’s stories. A series of 25 Royalty storybooks are planned to accompany the show.