Canadian cartoon cable channel Teletoon has acquired Angry Birds Toons from Finnish producer Rovio Entertainment for its Saturday morning schedule. The animated birds will land on the cabler every Saturday at 9:57 a.m. Teletoon acquired all 52 initial animated episodes based on the popular game.

The broadcaster, which debuted Angry Birds Toons on March 16, will also air the cartoon series on its website. Angry Birds Toons will also run on Comcast’s U.S. video platforms, including Xfinity on Demand, the Xfinity TV Player app and online at www.Xfinity.com/tv.

Angry Birds Toons shows how life isn’t easy on Piggie Island for the Angry Birds. Red and his fearless feathered companions, Chuck, Matilda, Bomb, Blues and Terence, must band together to protect their eggs – and their future – from the wily plotting of the Bad Piggies. With only their wit and determination to guide them, they must overcome the Piggies’ superior technology and seemingly insurmountable numbers. But they have one great edge … the Piggies’ astounding stupidity! 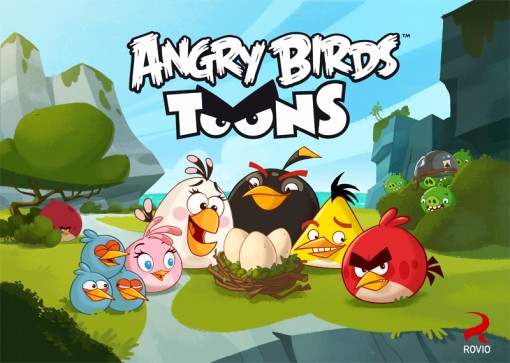