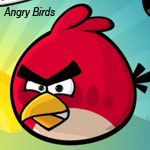 Having conquered the mobile gaming market, Angry Birds is coming to your television as a new animated series.

According to The Hollywood Reporter, Angry Birds developer Rovio announced a 52-episode series at the MIP-TV market in Cannes, France. The episodes each will be two to three minutes long and are being produced in in-house at Rovio’s production facility in Finland, though the company’s head of animation, Nick Dorra, said at the event that the company is seeking co-production partners.

The company reportedly showed a 90-second preview of the series, which will have no dialog. The series is just part of Rovio’s plans to make Angry Birds a massive, cross-platform franchise with plans for a feature film to merchandise and a theme park.

Dorra also told the trade that the movie has no release date and the company is moving carefully on the project. Former Marvel Studios chairman David Maisel is on board as an adviser for the movie, which was announced first last summer.