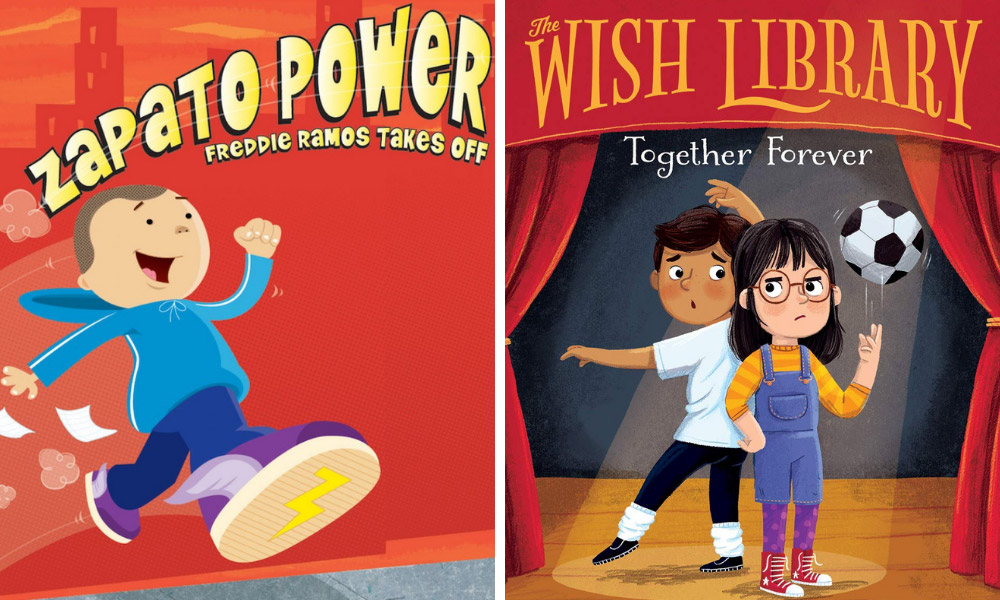 Rooster Teeth Productions, a unit of WarnerMedia, and Albert Whitman Media, the media affiliate of independent children’s book publisher Albert Whitman & Company, have entered into a slate partnership for the co-development and production of original animated series programming for broadcast and digital platforms worldwide, based on select literary properties Albert Whitman & Co.’s library.

The announcement was made jointly by Ryan P. Hall, Head of Rooster Teeth Studios, and Attila Gazdag, President of Albert Whitman Media.

Zapato Power follows the adventures of Freddie Ramos, an ordinary kid growing up in a multi-ethnic city neighborhood who has always dreamt of becoming a superhero. When a mysterious gift turns out to be superpowered purple sneakers, his life is forever changed and our protagonist learns how to use his new-found powers for greater good. Rooster Teeth and Albert Whitman Media will introduce the new series to market in time for MIPCOM 2021.

The second property in the slate, Wish Library, features third-grader Raven and her friends as they discover the Wish Library, where the mysterious Librarian promises to help solve problems with a simple wish. Every child at some point wishes that they could change something with a simple wish and the story responds to this innate desire with lots of humor.

“We are excited to join with Rooster Teeth Productions in the development of Albert Whitman & Company literary works as animated series for global audiences,” said Gazdag. “Rooster Teeth has achieved a great degree of success with its original shows and we were impressed with their take on and passion for series adaptation of Albert Whitman’s book properties.”

“Rooster Teeth is delighted to expand its slate of animated properties to include Albert Whitman’s beloved books as we expand our storytelling efforts in the children’s genre,” said Hall. “Our mission has always been to spark long-lasting love with content franchises, and we are proud to say Rooster Teeth’s dedicated community of fans can now share their fandom across generations.”

A subsidiary of Albert Whitman & Company, Albert Whitman Media (AWM) is responsible for the development and production of original programming based on the parent company’s vast library of books for broadcast, cable, and streaming platforms worldwide.

Rooster Teeth Productions is a production company and a subsidiary of Otter Media through WarnerMedia. Responsible for original programming that includes Red vs. Blue, RWBY and Camp Camp, the company also maintains a YouTube channel that boasts close to 45 million subscribers.