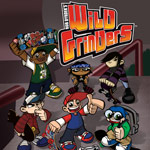 The skateboarding star gets the animation treatment in the new high-energy comedy Wild Grinders.

The fact that skateboarder-turned-TV star Rob Dyrdek has embarked on a dynamic animated venture should come as no surprise to those who know him from his high-flying MTV shows Rob & Big and Rob Dyrdek’s Fantasy Factory. The energetic athlete will be the subject of Wild Grinders, the new 52 x 11 series co-produced by Moonscoop, Home Plate Entertainment and Wild Grinders LLC.

The high-def show, which has already been picked up by Nicktoons in the U.S., follows the adventures of the thrill-seeking (pre-teen) Lil Rob, his best buddy the British bulldog Meaty, and Goggles, his nerdy pal. A typical episode will find Lil Rob and his buddies having fantastic adventures such as skating onto the fuselage of a jet airliner, going underwater on a shark chase or experiencing shrink rays and cursed pumpkin zombies.

As Dyrdek tells us, he wanted to be part of a cartoon that made him laugh, “I have always tried to create programming that was funny,” says the ebullient star, who also voices the lead character on Wild Grinders.

“Skateboarding is a backdrop of our main characters’ comedic situations, but not necessarily our primary focus.”

“What Rob wanted to do from the very beginning was to be involved in an animated show that reaches a wide audience and makes people laugh,” says exec producer and CEO of Home Plate Entertainment Bill Schultz. “The show doesn’t simply tap into the world of skateboarding…it’s really about these dynamic, authentic characters that hang out and have a good time. Of course, there are plenty of cartoony jokes and funny gags.”

The story meetings are held at Dyrdek’s Fantasy Factory studio in Los Angeles, with Tom Mason and Dan Danko on board as story editors. The recording, scripting and key art development is done in Los Angeles, while the high-end Flash-based animation is handled by an international crew at Agogo in Hong Kong, Telegael Teoranta in Galway, Ireland and Copernicus Studios in Halifax, Canada, where series director Ron Doucet is based.

“Rob’s character on the show is very much like himself—fun-loving, sometimes mischievous, but never mean-spirited,” says Schultz, a four-time Emmy-winning producer who has worked on series as diverse as The Simpsons, King of the Hill, Garfield & Friends, Ed, Edd n Eddy, Clifford the Big Red Dog, He-Man and the Masters of the Universe and Hero 108. “He really respects the craft involved in making an animated series. He searched high and low for the right character designer and put the right writing and acting team together. That’s why we hope this will be the next big thing for the six- to 11-year-old audiences—in the vein of Johnny Test and Phineas and Ferb.” 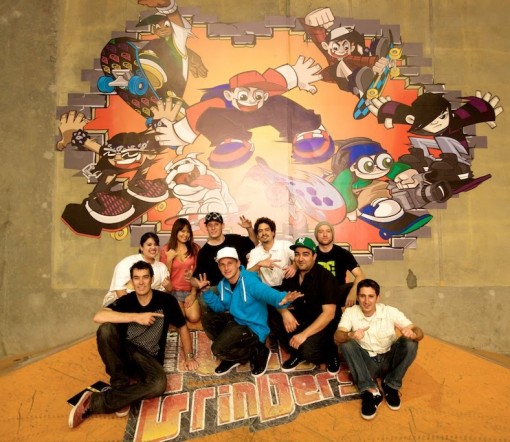 Schultz recalls meeting with Dyrdek and graphic artist and toy designer Tracy Tubera about two years ago to discuss how they were going to launch this new venture. It was important to develop the show organically and to explore the premise first as shorts that were released virally. About a year ago, they closed the deal with Nicktoons and the wheels were set in motion to launch the show in full force by January 2012.

Exec producer and exec chair of Moonscoop Nicolas Atlan says he’s proud of the fact that the show is moving to TV after debuting on digital platforms. “This has allowed us to build the audience for Wild Grinders for a significant period of time before launching the series. As producers, we need to be more and more creative in how we develop our shows and build our brands and this initiative has been really successful for us.”

Stoked in the Hood

“Rob wanted to do something that was character-driven based on group of kids he used to hang out with himself when he was a young boy,” says exec producer Tubera. “Each character represents a certain type of skater—one skates hard and fast, another one is more technical—it’s all part of that specific culture. It’s all very organic to Rob’s own experience. These characters work beyond the archtypes, because they are part of Rob’s world. He wanted kids who have never skateboarded in their lives to get to know these characters and this culture.” 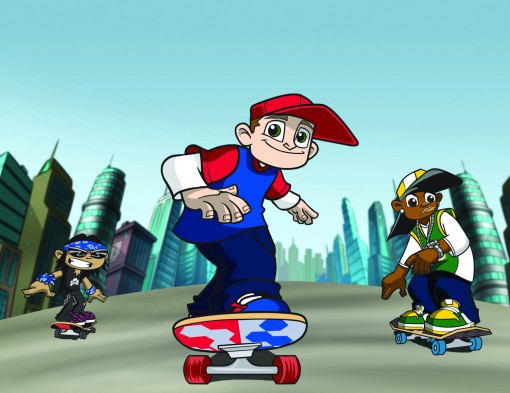 The original design of the show went through some changes along the way. As Tubera explains, “We wanted the style to be simple, similar to the design of vinyl toys.” Originally, the animation had a stronger, graphic look, influenced by graffiti and the urban art craze. When the shorts were introduced on Moonscoop’s multiplatform channel, Kabillion, and YouTube, they generated a lot of attention. The TV show retains that graphic look, but it’s less influenced by street graffiti and has a brighter, cartoony palette. “It certainly has a broader appeal, but the characters still pop up against the backgrounds,” adds Tubera. “It’s still unique.”

For Tubera, getting to work with Schultz has been a real dream come true. “My background is in illustration and toy design, so it’s been both a lot of fun and educational, he says, “Our brand is so young. It’s one thing to have a toy get made, but we’re very lucky to have moved to animation so quickly. I grew up on comic books and cartoons. I’m Bill’s number-one fan—I’ve watched all his shows!”

“Rob and Tracy are both so enthusiastic. Wild Grinders is one of those shows that you can really feel it’s a labor of love,” he says. “I’ve worked with a lot of creative teams over the years, and you always hope that you can find something that you really feel passionate about and this is one of those rare instances. When a show is driven by the creative animation process and not by marketing forces, that’s when you can let the work speak for itself.” 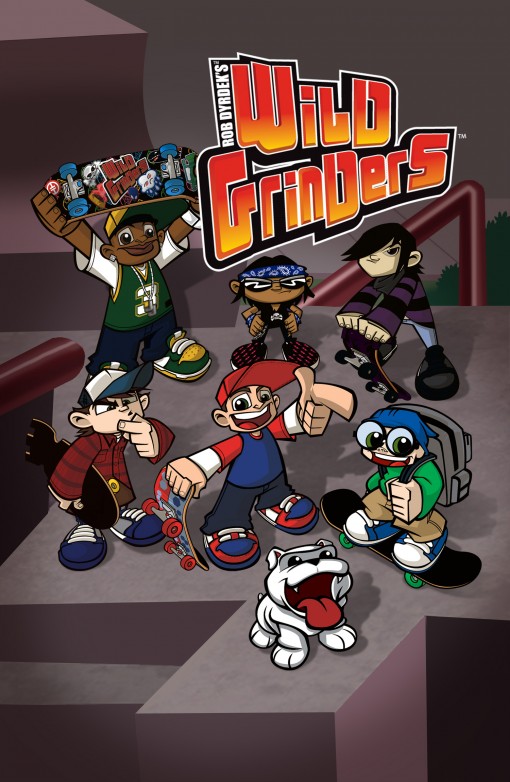 Wild Grinders will premiere on Nicktoons in early 2012. To learn more, visit www.wildgrinders.com.