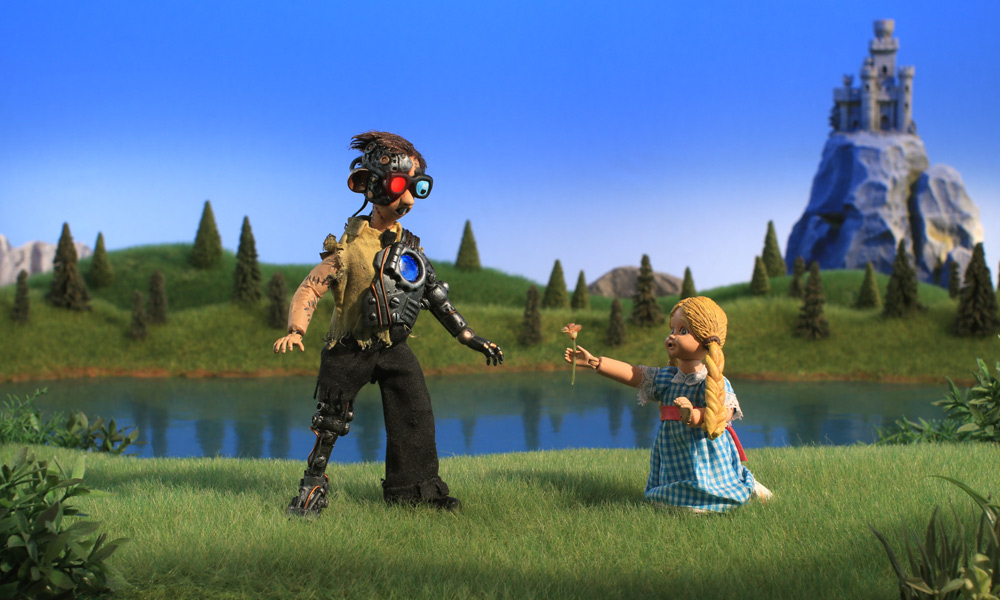 When it comes to delivering on-target, clever riffs on our pop culture-mad era, nobody does it quite as well as the irreverent geniuses at Robot Chicken. Where else would you find delicious stop-motion parodies of everything from Frankenstein, Teen Titans and The Walking Dead to Star Wars, Doc McStuffins and Harry Potter? The series, which is created and exec produced by Seth Green and Matthew Senreich, along with writer/director Tom Root and head writer Douglas Goldstein, has won six Emmys and is nominated again this year in the Outstanding Short Form Animated Program category. This September, it kicks off its 10th Season on Adult Swim, and the 200th episode will air in spring.

“It’s a bit surreal, and I feel that the only way we get through it all is through intense departmentalization,” says Green during a recent set visit. “Whenever we’re in production, we just don’t consider any of the big questions … for example, we know that our 200th episode is coming up, and we just knew that we wanted to make it pretty significant. We don’t want to create any sort of pressurized responsibility.” 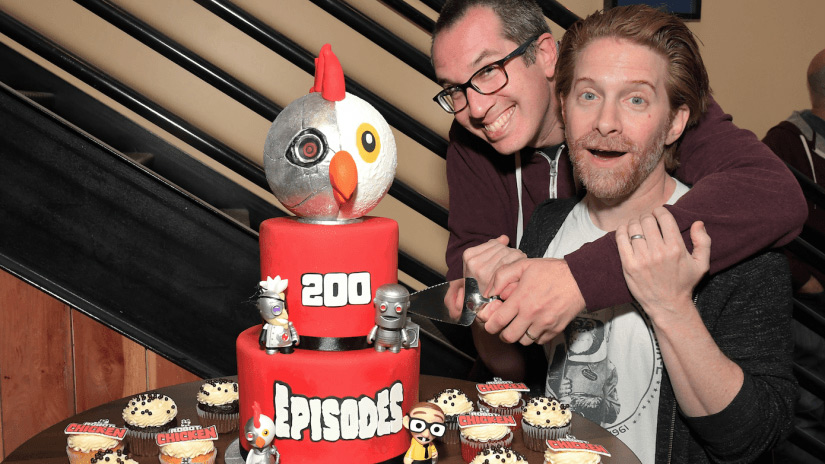 Senreich points out that the creative process behind the show hasn’t changed much since the early days, when the series debuted in 2005. “We can actually do a lot more now than we started. We didn’t have this structure. We have 3D printing helping out a lot with the creation of the puppets and we incorporate more visual effects,” says Senreich.“We used a lot of actual toys back then, and now we make the puppets here at the studio.”

Robot Chicken is produced soup to nuts at Stoopid Buddy Stoodios in Burbank, which was founded by Green, Senreich, John Harvatine IV and Eric Towner in 2011, and uses about 75 staffers at the shop. The studio also produces other popular animated shows such as SuperMansion (Sony Crackle), Buddy Thunderstruck (Netflix) and Hot Streets (Adult Swim).

Green mentions that because of the evolution of social media and internet, topical humor has also evolved a lot in the past decade. “We are racing the internet today,” he says. “Whenever comedians have similar ideas, they get distributed everywhere immediately, but our ideas don’t get broadcast until almost a year after we come up with them. SNL does a great job of addressing super current events. Our philosophy is still the same since we only make jokes that are going to last and be funny a year later.”

As director Tom Sheppard points out, the 10th season of the show will explore some new territories in terms of subjects. “We have a lot of younger writers in their 20s with new perspectives on the world,” he says. “We are taking a wider look at pop culture and that includes a lot of current properties, even preschool shows. Nothing is off limits for us. I started out on the sixth season of the show, and I can tell you that in the earlier seasons, there were some attempts to compete with the type of humor you saw on shows like Family Guy. But we’re staying away from mean-spirited humor. We love all these properties, and we’re presenting the show as a tribute to them.”

To get an idea of how eclectic the world of Robot Chicken can be, the season opener alone features The Handmaid’s Tale, Frank Underwood, Deadpool, Bitch Pudding and Frankenstein Nerd. Later this year, fans can look forward to guest voice appearances by Greg Berlanti, David Lynch, Sam Elliott and Fabio! There’s also a new version of Aquaman that acknowledges the popular new cinematic incarnation of the character portrayed by Jason Momoa. Plus, the producers are planning several variations on the opening titles, paying homage to Saturday Night Live and Monty Python’s Flying Circus. 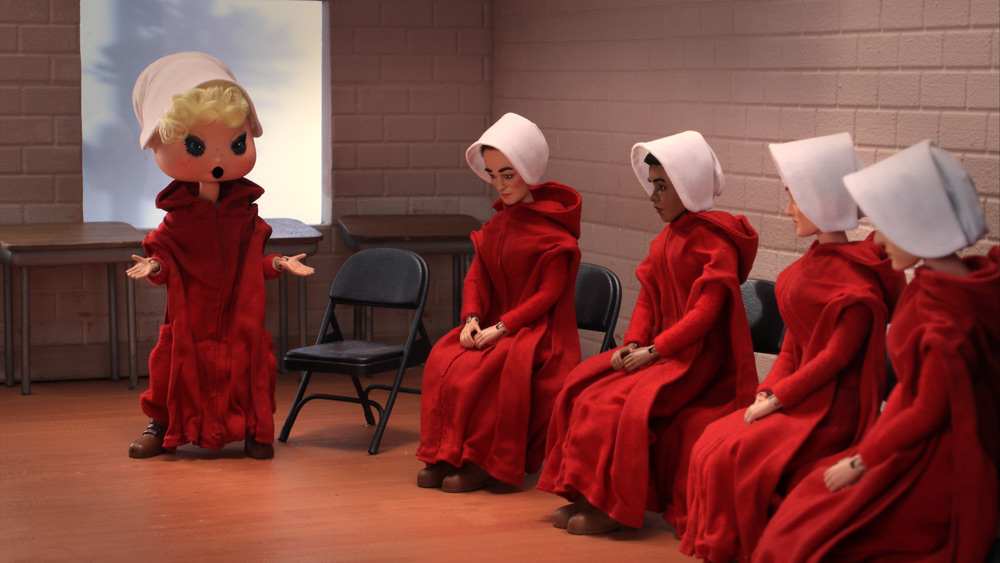 Of course, we had to ask Senreich and Green about their favorite episodes of the past 10 seasons. “My favorite will always be the Star Wars special on so many multiple levels,” says Senreich without hesitation. “I got to work with George Lucas hand in hand, and that was unlike any other experience.” Green picks the show’s DC Comics special Villains in Paradise. “I have to say there was something very magical about that episode,” he notes. “All these villains were thinking that they were the heroes of their own stories. We had an amazing cast, too. But you know, every episode offers a different set of challenges and accomplishments. Sometimes we had to go to someone’s trailer and just record them on the phone. That’s the great thing about technology today. It makes it possible to pull off things like that!” 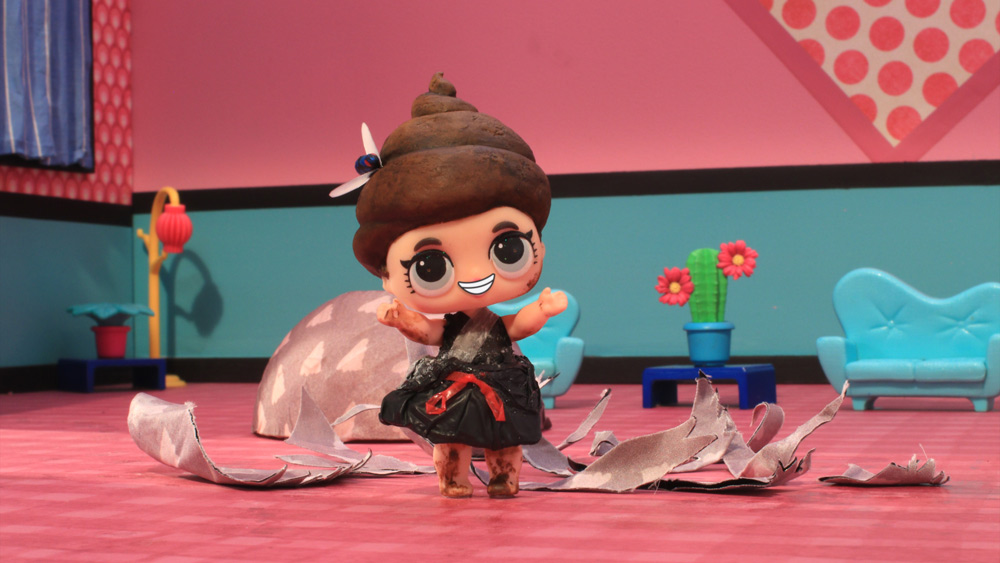 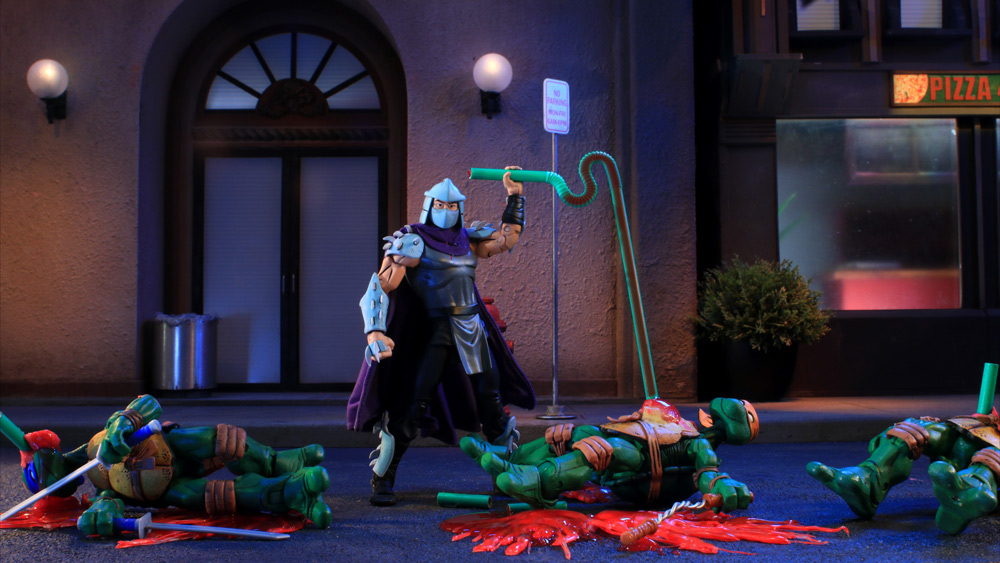