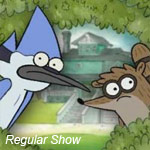 Spring is in the air, and Cartoon Network’s popular toon Regular Show is celebrating its 100th episode on the air this Monday at 8 p.m. In this landmark episode, Mordecai and Rigby face a flock of pesky geese who are causing trouble at their park. The Emmy-winning show has continually ranked number one in its time period among all key boy demos across all of television according to Nielsen Media Research.

Created by J.G. Quintel, Regular Show first debuted on Cartoon Network in September of 2010. The popular toon features best friends Mordecai (a six-foot-tall blue jay) and Rigby (a hyperactive raccoon). The two are groundskeepers at a park owned by Pops, a humanoid-looking lollipop who has spent his entire life there. The job is so deadly dull that the two friends will do anything they can to avoid it. This doesn’t go over well with their boss Benson (an anthropomorphic gumball machine)—but their efforts often result in insane escapades that delight Pops. 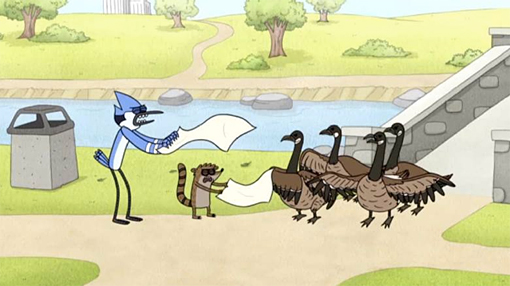