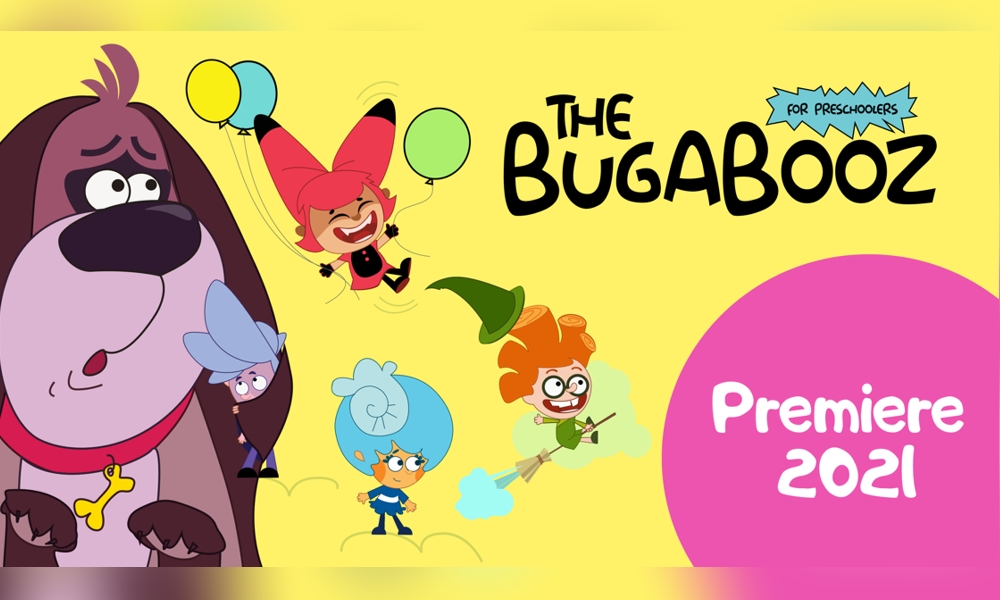 Red Carpet Studio reveals details of the global premiere of The Bugabooz, its new flagship animation project for preschoolers. The show follows the descendants of several mythical villains, and is adapted from The Extraordinary Adventures of the Bugabooz book series by the studio’s general producer, Anton Kalinkin.

The next generation of villains was destined for big, evil deeds — but the youngsters chose to use their magic for a good cause, for a change. They now stay busy helping children deal with their fears with their motto: ‘Everybody cheer! The Bugabooz are here! To make your fears disappear!’ On top of that, The Bugabooz must guard the enchanted forest and their magical heirlooms from the evil Xengel, who is trying to get hold of the ancient magic and strike terror into humans.

The series is designed to develop cognitive skills and propose an easy, playful way to control fears. The project is based on specialist expertise in child development, psychology and sociology.

“We imagined the offspring of the legendary fairytale characters such as Baba-Yaga; Zmei Gorynych, the dragon; Koschei the Deathless, the immortal villain; Leshy the forest spirit and Undina the mermaid,” explained Anton Kalinkin, General Producer at Red Carpet Studio. “The values of the next generation are much more humane. So, we explain the myths to the kids in a relatable way while embarking on a thrilling adventurous journey with edutaining elements.”

The Bugabooz is being developed by an international super team of award-winning Russian, Canadian, Danish and American professionals, including writer James Backshall (PAW Patrol, Max & Ruby, Turbo Dogs), an Emmy and BAFTA nominee with 25 years of successful film and TV industry experience. The director is Frederik Budolph-Larsen (Tag Film), a professional with over 25 years of experience in visual media. Budolph-Larsen has helmed 20 episodes of LEGO Star Wars: The Freemaker Adventures, LEGO Star Wars: All-Stars, Ninjago: Masters of Spinjitzu and the upcoming Playmobil show. He also worked on Hitman: Blood Money, Hitman: Absolution and a number of other AAA video games.

“This was my first experience working with a Russian company, and It has been a privilege,” said Budolph-Larsen. “The Bugabooz is an amazing project with global potential easily capable of matching their European and American counterparts. The production management is really top class. I am sure that the stories we create here will give tender memories and inspiration to the next generations.”

“The world premiere of the pilot will take place at the MIPTV, while the official teaser will be launched at Kids Russia international fair next year along with other new projects slated for 2022,” noted Natalia Ivanova-Dostoevskaya, Deputy General Producer for Animation at Red Carpet Studio. “All of them are co-produced with international partners in two languages, Russian and English. The TV premiere of The Bugabooz is taking place on one of the biggest TV channels.”