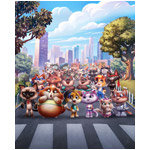 Global content producer and brand creator Rainbow — the studio behind Winx Club and Regal Academy — has let the details of its newest property out of the bag. The project is a CG-animated preschool series for boys and girls titled 44 Cats (52 x 13 min.), and boasts a multi-million dollar budget.

“We are very proud of our brand-new property, 44 Cats!” says Iginio Straffi, President and CEO of Rainbow. “It is not just a high quality production show, but a perfect mix of educational contents and comedy, as a good preschool series should be.”

The series centers on a group of cats who act normally when thy are around people, but act just like humans when they are on their own. Just like children, the little cats see the world of adult humans as confusing and full of strange rules. Highlighting themes of friendship and altruism, 44 Cats is driven by the main characters’ love of helping others.

The title is a nod to the beloved tune “Quaranta-Quattro Gatti,” which won a children’s song contest in 1968 and has since become a touchstone of Italian colture — even Pavarotti has sung it. 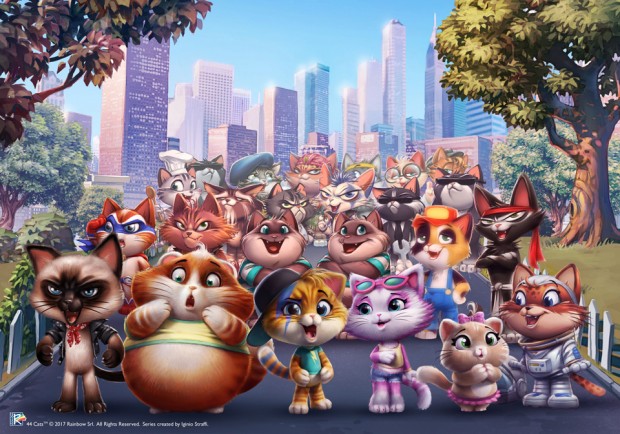