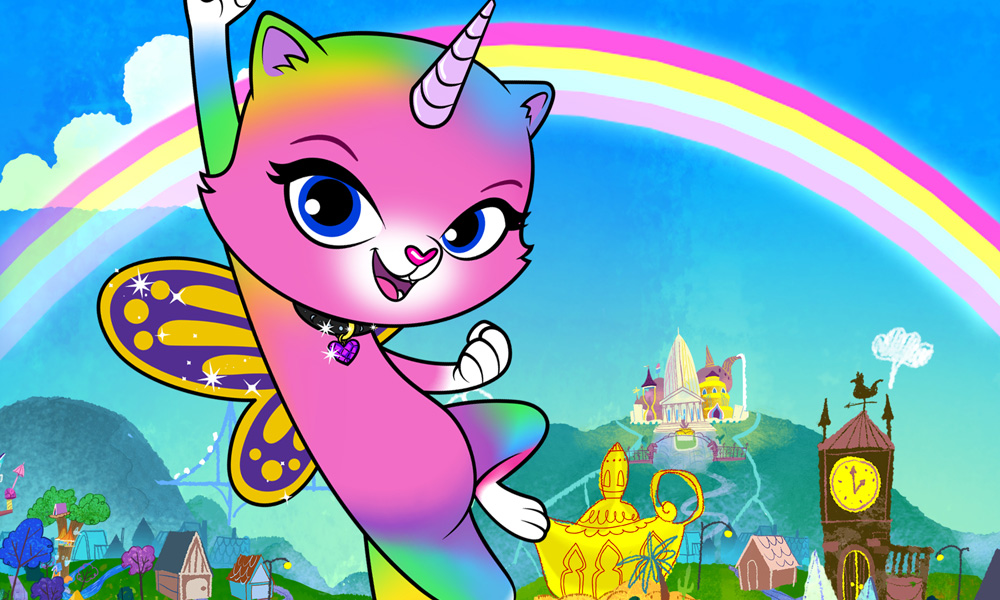 A whimsical new animated series is ready to enchant Nickelodeon viewers as Rainbow Butterfly Unicorn Kitty, created and produced by Funrise, is set to premiere in the U.S. on Sunday, January 27 at 11:30 a.m. ET/PT, followed by a rollout on Nickelodeon channels and branded blocks in 170+ countries and territories later in the year.

Rainbow Butterfly Unicorn Kitty centers on Felicity, a fearless feline who’s also part rainbow, part butterfly and part unicorn. This unique quality gives her the ability to lasso items in the form of a full-fledged rainbow, produce thunderous claps from her butterfly wings, fire lasers from her unicorn horn and shoot glow sticks from her kitten paws. Together with her best friend Miguel, an energetic dog, she’s ready to take on every challenge that comes with living in the world of Mythlandia which is inhabited by fairy tale creatures, wizards, giants, dragons and more.

In the series premiere, “Purrfect Party/Anubis Newbie,” Felicity worries that her powers won’t measure up at a party for the most powerful and popular citizens in Mythlandia. Also in the episode, an ancient Anubis king tests Miguel to see if he’s ready to leave Mythlandia and become the next ruler of the underworld.

Leading up to the linear premiere of Rainbow Butterfly Unicorn Kitty, an all-new full- length episode will be available on the Nick App and Nick On Demand beginning Friday, Jan. 18. Additional episodes will air on Nicktoons beginning Monday, Jan. 28, at 9 p.m. (ET/PT). 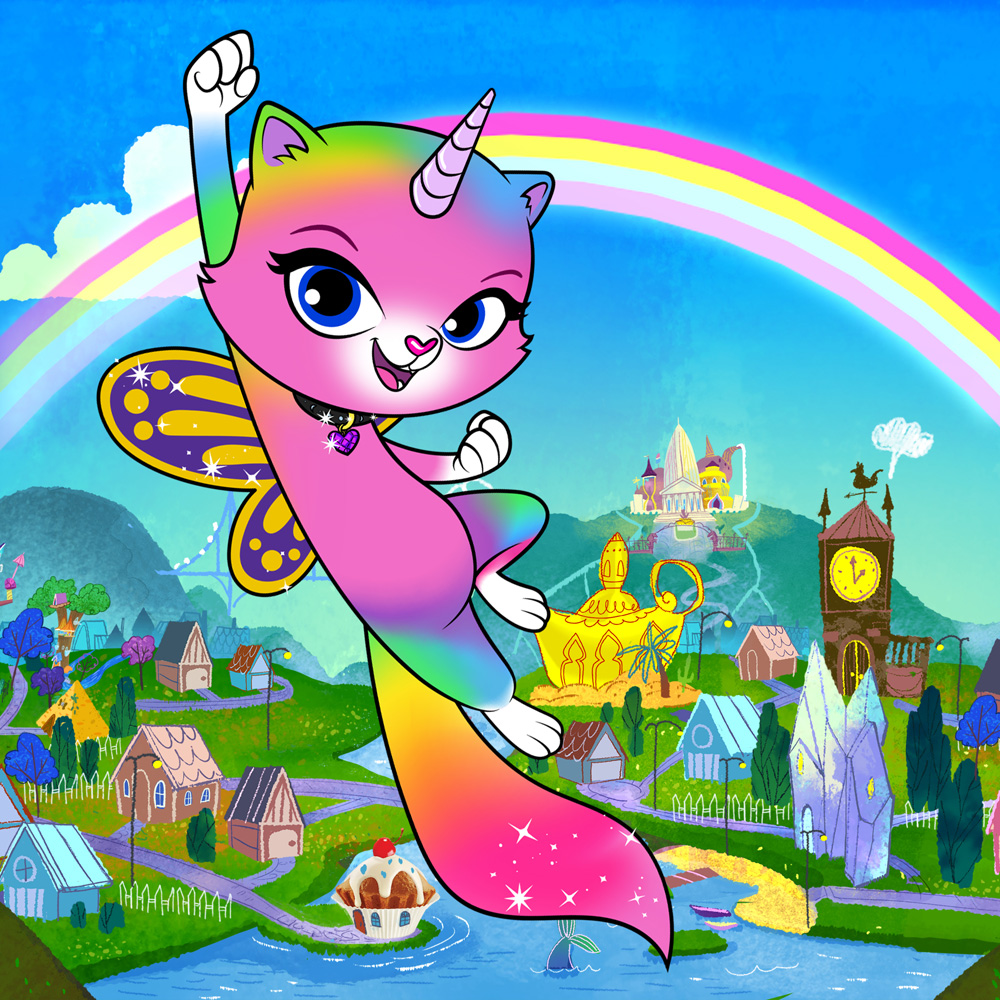