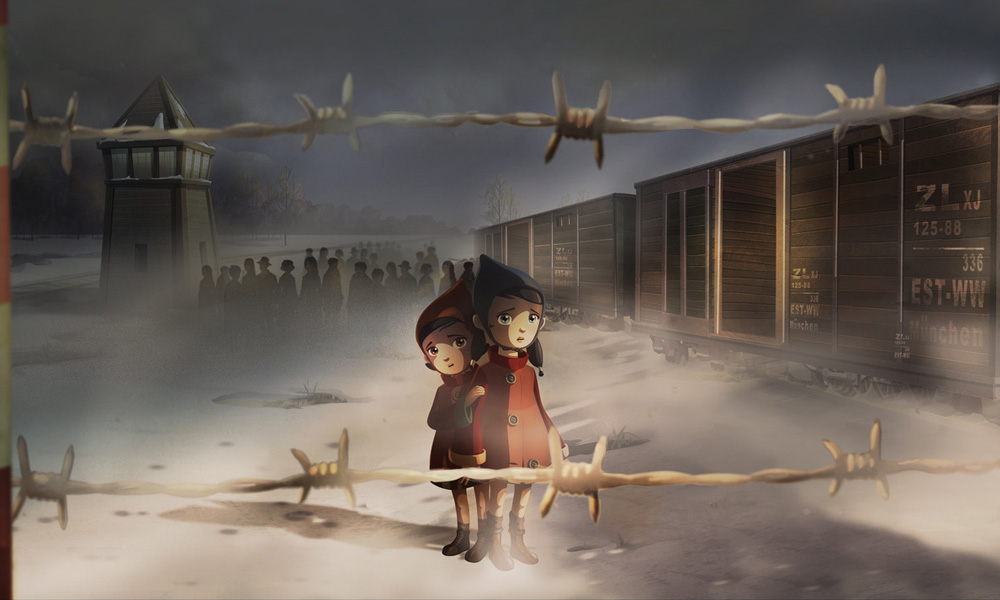 The Star of Andra & Tati

The Star of Andra and Tati, a new animated special which retells a true story of surviving the Holocaust, will be airing May 1 & 2 on Israeli public broadcaster Kan. Originally debuted in Italy, the special will run as part of Kan’s programming for Yom HaShoah — the day of remembrance for victims of the Holocaust, marked on Nissan 27 according to the Jewish calendar.

Produced by Rai Ragazzi and Larcadarte, directed by Rosalba Vitellaro and Alessandro Belli, with designs by Annalisa Corsi, the movie tells the true story of Italian sisters Andra and Tatiana Bucci — just four and six years old — who survived the Nazi extermination camp at Auschwitz. This historical account is interlaced with a contemporary framing story about a group of school children visiting the site with their teacher.

The Star of Andra and Tati debuted on Italian channels Rai3 and Rai Gulp, and is being used as an educational tool in schools.