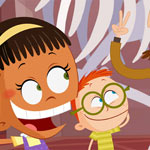 Rai Ragazzi — the kids’ division of the Italian national broadcaster — has revealed its animation and live-action slate coming soon and in production during Cartoons on the Bay in Turin. The array of programs include innovative original productions and fresh iterations of popular brands (with the occasional touch of nostalgia) ready to charm today’s children.

44 Cats, inspired by the Zecchino d’Oro award-winning children’s song from 50 years ago, is a 3D-animated preschool series starring four music-loving cats called the Buffycats. While they live and play in friendly Grandma Pina’s garage, they observe the world of humans from a unique, childish and comically honest perspective, and have fantastic music-fueled adventures. Produced by Rainbow, 44 Cats debuts on YoYo in late 2018.

Topo Gigio offers a brightly-colored, 2D reimagination of Maria Perego’s famous mouse puppet just in time for his 60th TV anniversary. The series will send Topo Gigio on 52 adventures around the world to rescue baby animals in peril, assisted by a new friend: small, tech-savvy Zoe. Co-produced by Movimenti Production in Milan.

Mumfie stars the adorable little elephant of the international hit book series, who makes his TV debut in 3D animation thanks to Zodiak Kids and Turin-based Animoka Studios. The show is set on the magical island of Flutterstone, inhabited by strange but friendly creatures.

Also in the works with Animoka is an eight-minute film based on the successful Rai Gulp TV series Pat the Dog produced in Virtual Reality for the first time. The project aligns with Rai Ragazzi’s experiments with new creative outlets, ensuring that it is in step with new developments in technology as well as today’s changing tastes.

European productions coming to Rai channels in the next few months include: Gormiti (52 x 11’; 3D) from toy manufacturer Giochi Preziosi, Planeta Junior and Kotoc animation studio, which makes its international TV premiere on Rai channels this fall. Based on the global toy phenomenon (500+ million figurines sold in 50+ countries), the show follows four kids from the tribes in the kingdoms of Gorm, who go in search of the legendary tower in an epic adventure. Arthur and the Children of the Round Table (52 x 11’), produced by Blue Spirit (My Life as a Zucchini), is an epic comedy packed with action and mystery in which a gang of kids engaged have to complete the quest that will make them into knights: Protecting the magical sword Excalibur.

Tip the Mouse returns to Rai YoYo with an exclusive season 2 debut on April 23; the adventures of the little delightful little rodent are produced by Rai Ragazzi with Studio Bozzetto & Co, Giunti Editore and Studio Campedelli.

Italian cooking cartoon Trulli Tales, set in famous Unesco site Alberobello, will be served in June. The series about magic and meal creation, in which four young friends are determined to make the recipes in Nonnatrulla’s magic book, is co-produced by Rai with Fandango TV and Congedo Cultararte together with French and Canadian partners.

For older kids, Spike Team season 3 debuts exclusively on Rai Gulp on May 8. The volleyball-themed cartoon’s latest installment follows the team on a final tournament taking place in seven Italian cities. Created by Italian champion Andrea Lucchetta and co-produced with his Lucky Dreams studio, with the participation of the animated version of wheelchair fencing champion Bebe Vio.

The eagerly-awaited animated series Max & Maestro, a Rai Gulp exclusive, arrives on May 7. The result of the creative involvement and extraordinary input of Daniel Barenboim, internationally famous orchestra conductor and pianist, this project combines entertainment, adventure and music education to tell the story of a boy from the urban outskirts who’s grown up with rap and video games but whose real dream is to become an orchestra conductor. The show has involved public service broadcasters in Italy, France and Germany; it’s co-produced with MP1 and Monello Productions. Max & Maestro will be presented at the upcoming Annecy animated film festival.

In June, Rai Gulp presents Atchoo! a brand-new, all-Italian 52 x 11’ series co-produced with Studio Campedelli and Cartobaleno. It stars Teo, a nine-year-old boy with a very special characteristic that makes him different to all the rest: when he experiences a strong emotion, he sneezes and turns into an animal. Since he can’t control his sneezes or even predict which animal he’ll be, Teo often finds himself in trouble, but with the help of his friends he always pulls through.

In addition to the animated fare, Rai Gulp will soon introduce live-action series for teens Sara and Marti (produced with Stand by Me in collaboration with Walt Disney Co. Italia), coming this fall; four new Alex & Co. specials in preparation of the spin-off series Penny on M.A.R.S. (prod. in collaboration with Disney Channel and 3zero2); and Heidi Bienvenida (Mondo TV Iberoamerica and Allanzes Prod.), premiering exclusively on Gulp on April 30. 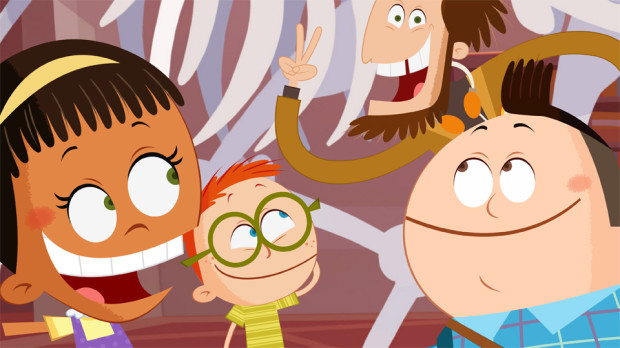 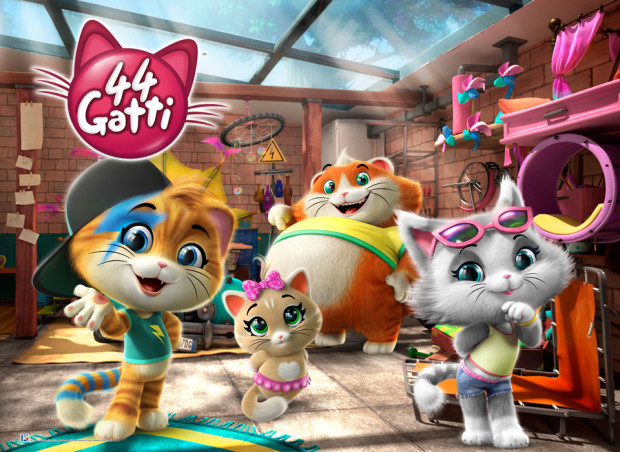 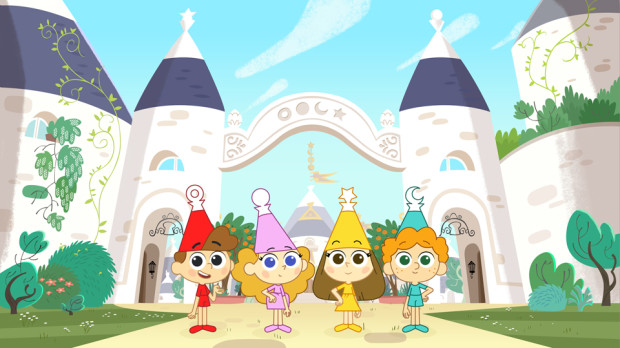