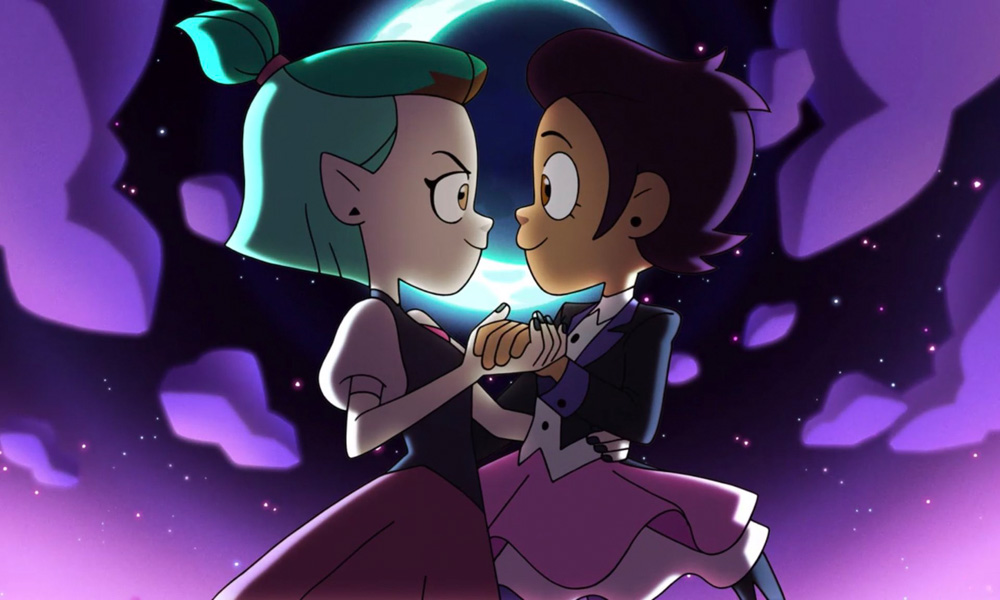 Family media stalwart Disney Channel has reached a new milestone in LGBTQ+ representation, with The Owl House creator and executive producer Dana Terrace sharing confirmation on Twitter this weekend that the show has introduced the outlet’s first openly bisexual character in Amity, one of main protagonist Luz’s schoolmates in her new magical home in an alternate dimension.

“I’m bi! I want to write a bi character, dammit!” wrote Terrace, whose credits also include directing for DuckTales and storyboarding for Gravity Falls. “Luckily my stubbornness paid off and now I am VERY supported by current Disney leadership.”

Terrace added in a second post: “In dev I was very open about my intention to put queer kids in the main cast. I’m a horrible liar, so sneaking it in would’ve been hard … When we were greenlit, I was told by certain Disney leadership that I could NOT represent any form of bi or gay relationship on the Channel.”

The reveal comes in a storyline where the school is set to celebrate/endure the “Grom” — an ancient monster that must be defeated by the Grom Queen. Amity wins the crown but is replaced by Luz, and it is eventually revealed that she had wanted to ask the girl from another world to be her Grom date.

The tweet prompted many responses, including from Alex Hirsch, creator of acclaimed Disney Channel series Gravity Falls, who contrasted the channel’s acceptance today with his experience several years ago. Anti-definition media monitor GLAAD also voiced its support for the episode’s portrayal of “an inclusive, fair, accurate, and age-appropriate world through the representation of its characters.”

Back when I made GF Disney FORBADE me from any explicit LGBTQ+ rep. Apparently “happiest place on earth” meant “straightest” But as of today, thanks to @DanaTerrace & team there are explicitly queer ANIMATED MAIN CHARACTERS on DISNEY TV. Im so proud & happy to say that #OwlHouse https://t.co/AlxUlbcy5j

Earlier this year, Disney XD drew the ire of anti-LGBTQ+ hate group One Million Moms for a lightning-flash representation of Violet’s dads in an episode of DuckTales. Roughly a month later, the first Pixar project featuring a gay lead character — Steven Hunter’s SparkShorts film Out — debuted on Disney+ to a much more receptive audience.

The Owl House follows Luz, a self-assured teenage girl who stumbles upon a portal to a magical realm where she befriends a rebellious witch, Eda, and a tiny warrior, King. Despite not having magical abilities, Luz pursues her dream of becoming a witch by serving as Eda’s apprentice at the Owl House and ultimately finds a new family in an unlikely setting. The show received a second season order ahead of its January premiere.

Read more about the show in Ramin Zahed’s interview with Terrace for the February ’20 issue of Animation Magazine here.