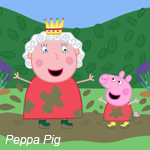 The Queen of England will make a special appearance on a new episode of the animated series Peppa Pig on Monday, June 4th. Celebrating the Diamond Jubilee, the special episode marks the first time in the show’s history that a human character will be featured in the series and a host of marketing activity is planned to run around the broadcast to get children involved with the Jubilee celebrations.

In the upcoming episode, The Queen, Miss Rabbit is selected to receive an award for all the hard work she does and Peppa and friends accompany her on an unforgettable visit to the Palace where they meet the Queen.

“As a British production it’s only fitting that Peppa Pig pays tribute to the Queen and we couldn’t resist the opportunity to put her into the show,” says Phil Davies, producer of Peppa Pig. “We hope that everyone enjoys watching the episode as much as we enjoyed making it and that it gets children into the Jubilee party spirit!”

The UK television premiere of The Queen is timed to take place during the Jubilee bank holiday weekend on Monday 4th June at 8.15 a.m. on Channel 5’s Milkshake. On the day of the broadcast Jen will be joined in the studio by a Peppa Pig costume character for a Jubilee party. There will be songs, dances, a special online Peppa Pig competition and loads more Jubilee fun.  This special episode starts a run of 13 brand new Peppa Pig episodes on Milkshake! weekdays at 8.15am. 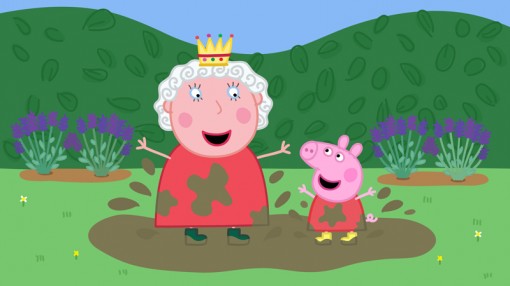 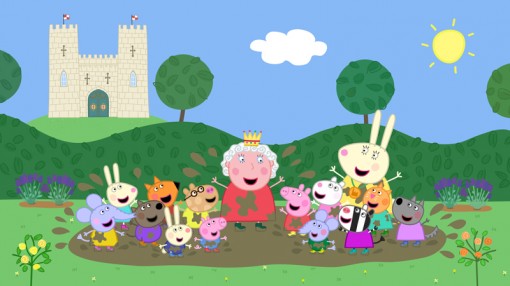 Viewers will have another chance to catch the episode on Nick Jr. where it will be shown at 6pm on the 4th June and again on Tuesday 5th June at 8 a.m., 12 p.m. and 5.30 p.m. Nick Jr. will be celebrating the festivities on-air with a special Princesses Weekend on Saturday 2nd and Sunday 3rd June from 12 – 6 p.m. when the channel will showcase royal-related episodes of its star shows.

Prior to the television broadcast, The Queen will also be released on DVD on 21st May and a book based on the episode entitled Peppa Meets the Queen will be published by Ladybird on 3rd May. For more info about the special episode, visit www.peppapig.com.