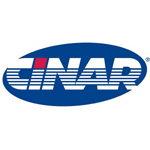 Police in Quebec, Canada, have made an arrest and issued warrants for additional arrests of former executives of the Cinar animation company after the completion of investigations into corporate malfeasance, according to The Hollywood Reporter.

The 36 fraud-related charges appear to focus on off-shore investments allegedly made by Cinar executives without board approval between 1998 and 2000.

Cinar was purchased in 2004 by a group of investors that renamed and rebranded the company as Cookie Jar Entertainment.

Cinar was founded in the late 1970s and specialized in producing and distributing animated children’s television programming. It went public in 1993.