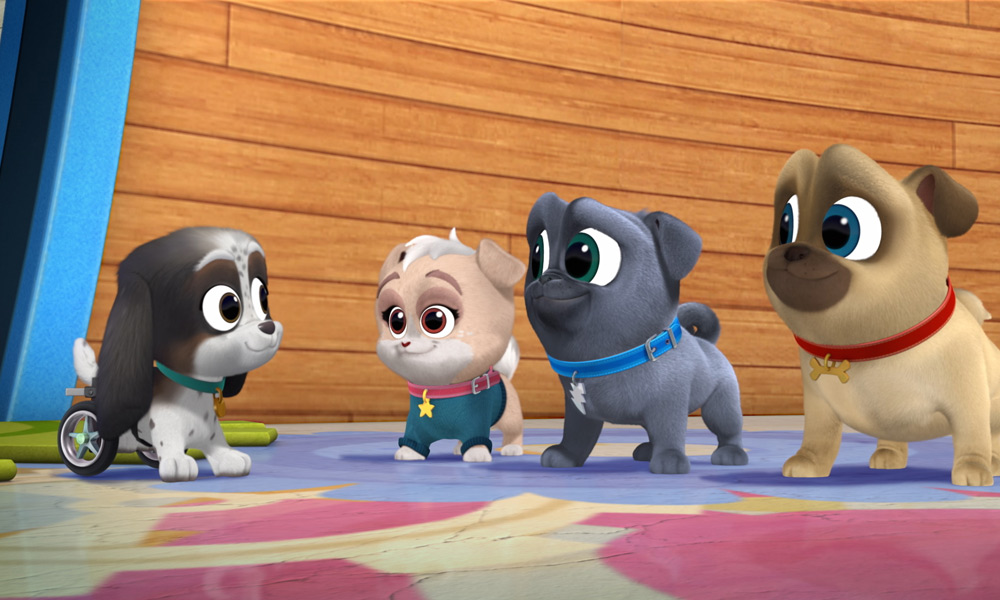 Disney Junior’s Puppy Dog Pals has been greenlit for Season 4, just ahead of the third season’s premiere.

Created by comedian Harland Williams, the hit series centers on fun-loving pug puppy brothers Bingo (Issac Ryan Brown) and Rolly (Sam Lavagnino), whose thrill-seeking appetites take them on adventures in their neighborhood and around the globe. Whether helping their owner Bob (voiced by Williams), exploring with their pal Keia (Shiloh Nelson) or overseeing their own Puppy Playcare center, the pugs’ motto is that life is more exciting with your best friend by your side.

The third season, which premieres on Friday November 8 at 10 a.m. on Disney Channel, will feature guest stars Darius Rucker as musician Ramblin’ Rhodes; Jennifer Nettles as Capo, a guitar guru dog; Jaime Camil as Hector, a dancer; Bill Burr as Butch, a quirky dog who lives at a tire shop; Stephen Tobolowsky as a worried elf; Chi McBride as Mr. Kimble, the host of the television program “Mr. Kimble’s Community”; and Malcolm-Jamal Warner as Mr. Kimble’s dog, Floyd.

Puppy Dog Pals is executive produced by Sean Coyle, with Williams as consulting producer, Michael Olson as story editor, and Andy Bean as songwriter & composer for the series. The show is produced by Wild Canary Animation in association with Disney Junior.