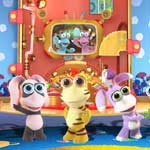 Pukeko Pictures has secured sales of Kiddets — sister series to animated preschool hit The WotWots — to ABC in Australia and TVNZ in New Zealand. The 52 x 11 min. show is set to debut on both broadcasters later this year. Co-produced by Pukeko Pics and Guangdong Huawen Century Animation Company, Kiddets is the first official children’s TV co-pro between New Zealand and China.

Kiddets expands the universe of the WotWots with five new characters named Patches, Dapper, Bounce, Stripes and Luna — young space cadets in training at a play school space academy on planet WotWot. Under the watchful eye of SpottyWot and DottyWot who are based on planet Earth, they learn all the skills they need to embark on a mission to a new world. The new series is also conceived by WotWots creator Martin Baynton, and will be executive produced by Richard Taylor.

“We are thrilled to be bringing the next installment of The WotWots in the form of Kiddets to Australian and New Zealand audiences. Both ABC KIDS and TVNZ have been great supporters of The WotWots brand and it has performed well for both so we look forward to Kiddets enjoying the same success. We are incredibly fortunate to work with our international partners Guangdong Huawen Century Animation Company and CAKE on the series and can’t wait to see little ones enjoying the adventures of Patches, Dapper, Bounce, Stripes and Luna,” said Baynton.

Aimed at new and existing fans of The WotWots, Kiddets will enjoy a broader audience appeal including older preschool children with each episode demonstrating the positive values of teamwork and the building blocks of true and enduring friendship.

CAKE is handling worldwide distribution (exc. Australia, New Zealand and Greater China). The WotWots (78 x 11 min.) has aird in more than 100 countries and has an extensive licensing program. 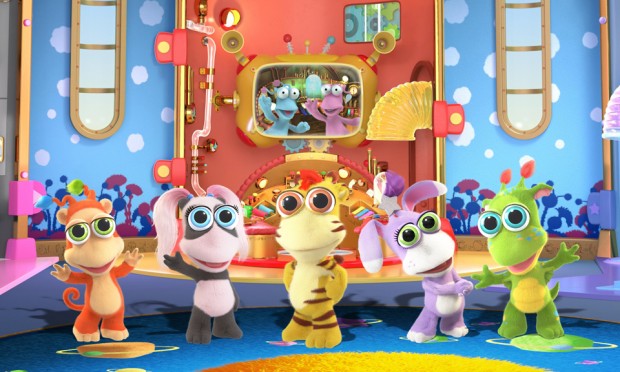 ‘Hunter X Hunter: Phantom Rouge’ Coming to Blu-ray & DVD Via VIZ
Acclaimed LGBTQ Book ‘How to Get a Girl Pregnant’ Gets Webtoon Treatment