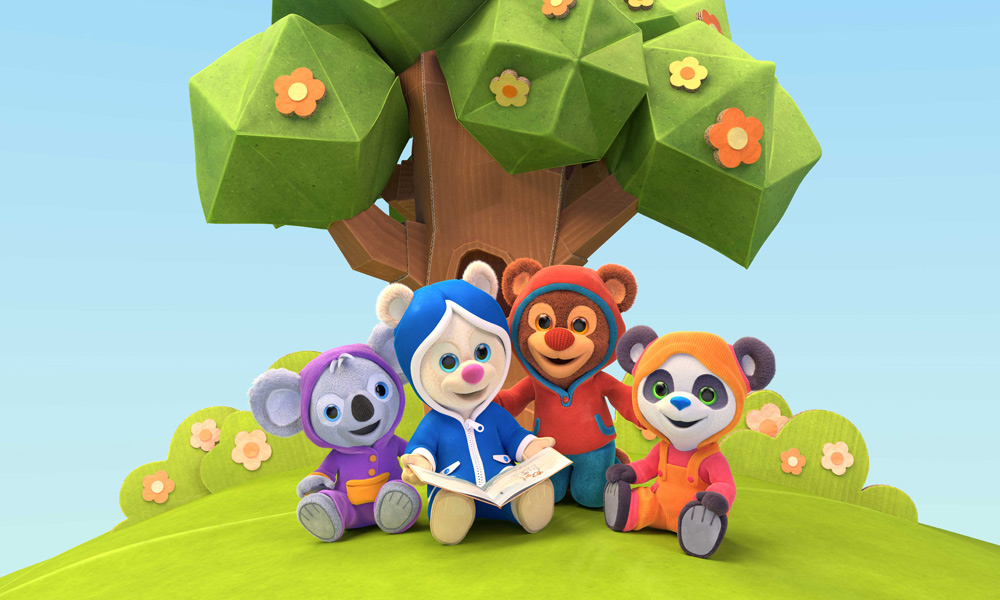 Pūkeko Pictures has unveiled deals with top international publishers and broadcasters for its new CGI preschool series Book Hungry Bears (52 x 11’), as well as details on 10 brand new picture books to feature in the show. The slate of new books were developed by the company’s Chief Creative Officer and acclaimed writer, Martin Baynton, who also created the series.

In broadcast deals, TVNZ and ABC Australia have signed up to air the preschool series, which is co-produced with Canada’s Breakthrough Entertainment and Hengxin Shambala Kids in China. Book Hungry Bears has been commissioned by Canada’s TVOkids and TFO, in association with Knowledge Kids.

Publishing partners that have come on board to supply picture books for inclusion in Book Hungry Bears include: Scholastic Canada; Pajama Press; Kids Can Press; Tradewind Books; Inhabit Media; Editions D’eux; and Owl Kids Books in Canada. Pūkeko Pictures has also signed deals with Macmillan Children’s Publishing and Simon & Schuster Children’s in the U.S.; Walker Books and Child’s Play in the U.K.; Harper Collins in Australia, and Gecko Press, Duck Creek Press for NZ as well as two Martin Baynton books from Scholastic NZ: Why Do You Love Me and Daniel’s Dinosaurs.

In addition, Pūkeko Pictures’ own slate of 10 original picture books have been written and illustrated by a group of accomplished and award-winning creatives including Kimberly Andrews, Sacha Cotter, Josh Morgan, K.S. Kulak, Paul Beavis, Roxane Gajadhar, Fifi Colston, Rob Foote and Terri Rose Baynton to feature in episodes of Book Hungry Bears to cover themes for the TV series that were hard to source — themes such as acceptance of diversity, the transient nature of things and blended families.

“Children’s love of stories and pictures books is universal, as well as being an important step in development, and sharing the reading experience with grown-ups or peers helps kids form bonds and facilitates emotional learning. This show brings together my love of compelling narrative and passion for creating content that supports kids in their emotional journeys as they make sense of the world around them,” said Pūkeko Pictures’ Baynton, himself an internationally renowned writer and illustrator of more than 30 children’s books including Jane and the Dragon and the Fifty the Tractor series.

Book Hungry Bears stars Crystal, Boomer, Melody and Scout — four bears who love a good story! Each episode sends them off on an adventure through their beautiful papercraft world in search of a book they can cuddle up with and share together, catching books which flit and flutter like birds amid the trees. The series is produced with the Financial Participation of Shaw Rocket Fund and Canada Media Fund and produced in association with Knowledge Kids. 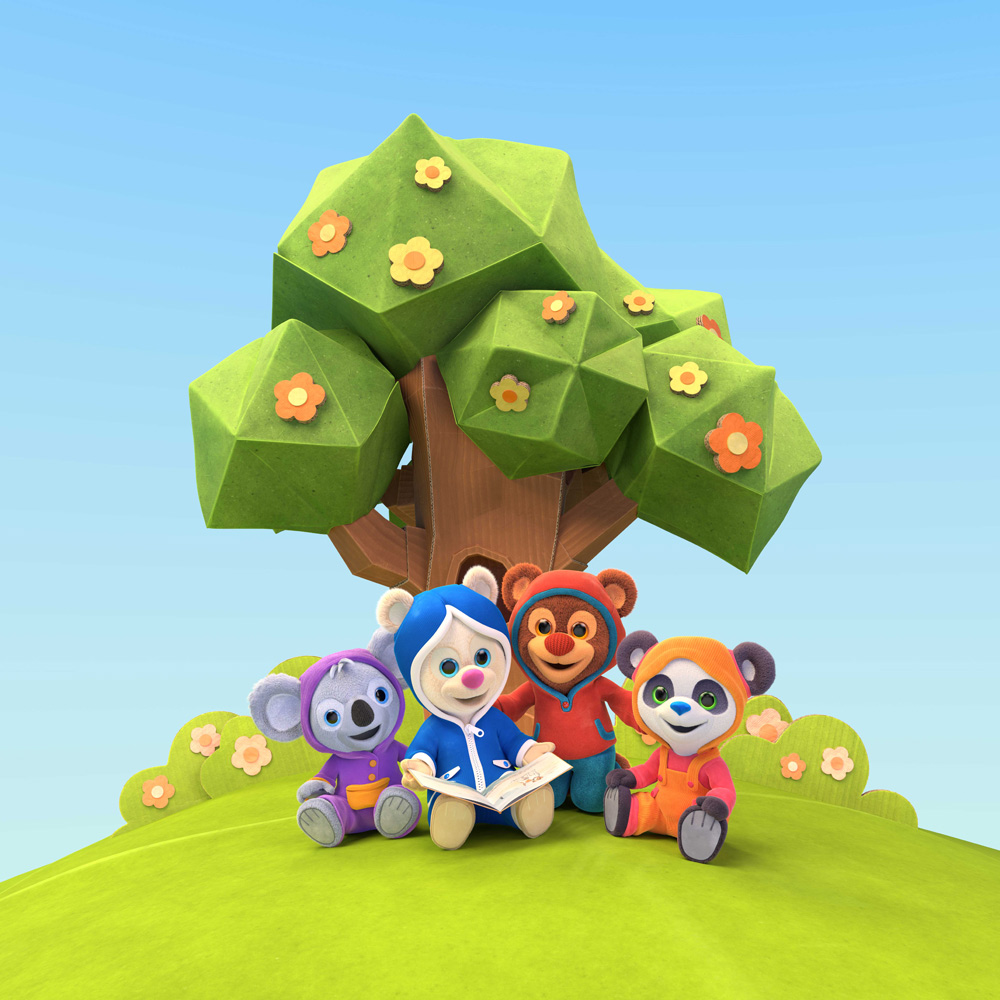