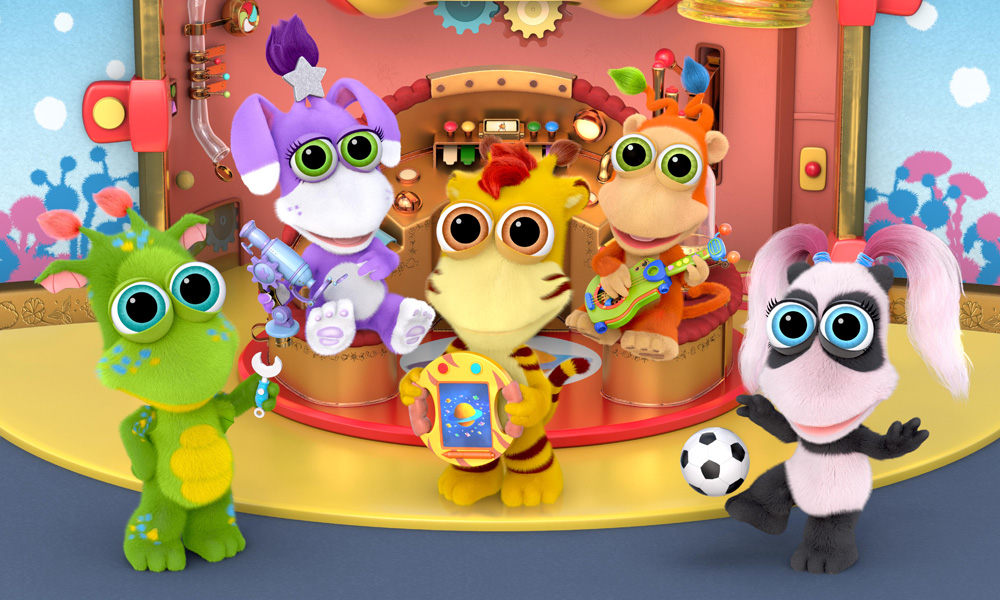 The WotWots are making their China debut, as Kiddets premieres on the CCTV Children, following its broadcast earlier this year in New Zealand and Australia. Two back-to-back episodes will air daily on the channel between 10:30 and 11 a.m.

In addition, Chinese VOD platform iQiyi will make each episode available on demand the day after it debuts. Kiddets will also air consecutively on satellite channels and local children’s TV channels across China.

Kiddets is co-produced by Pukeko Pictures and Hengxin Shambala Kids (Guangzhou) Cultural Industry Development Co., Ltd., and is the first official children’s TV co-pro between New Zealand and China. The series airs on TVNZ’s TV2, HEI HEI and On Demand services in New Zealand, as well as on ABC KIDS in Australia.

The series expands the WotWots franchise and introduces five new characters: Patches, Dapper, Bounce, Stripes and Luna — space cadets in training at a play school space academy on planet WotWot. Under the watchful eye of SpottyWot and DottyWot (who are based on planet Earth), the youngsters learn all the skills they need to embark on a mission to a new world.

Kiddets offers a broader audience appeal including older preschool children with each episode demonstrating the positive values of teamwork and the building blocks of true and enduring friendship. It is created by The WotWots creator Martin Baynton and executive produced by Richard Taylor.

“We are incredibly proud of Kiddets, our first Chinese co-production and also a first for the NZ kid’s entertainment business,” said Taylor, Co-Owner of Pukeko Pictures. “We are delighted that it will have its premiere broadcast on CCTV which is testament to the successful and ambitious working partnership on the show with our friends and partners, Hengxin Shambala Kids.”

CAKE handles worldwide distribution rights excluding Australia, New Zealand and Greater China to Kiddets and also extends to North American and European rights (for Season 2) of the The WotWots (78 x 11’ total) — a global hit series which has aired in more than 100 countries and inspired an extensive licensing program.