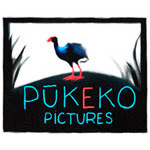 New Zealand-based Pukeko Pictures (The WotWots) has signed a deal with China’s Grand Entertainment to provide creative and technical oversight on the new animated series, Apple Dog’s Adventure. The 200 x 10-minute series has already been been pre-sold to Kaku Satellite TV (which has a viewer coverage of over 600 million in China) and will be broadcast on CCTV and other major TV stations in China successively. The first 52 episodes of the show are expected to be released in the first half of 2013.

Apple Dog’s Adventure is a 3D preschool puppet show starring a small dog with a magical apple that grows on the end of his tail. Based on a series of popular Chinese books, the stories focus on delivering simple life messages about how to live and play safely. The scripts are being written by Chinese author Mr. Ge Bing, who has a large fan base in the country.

The series will see the two companies collaborate as part of their relationship with the Animation School of the Beijing Film Academy which has established the International Animation Technology Joint Research Center to actively promote the development of animated projects. The Research Center is focused on expanding the projects into the international, Chinese and film and television markets.

“This new deal demonstrates our commitment to creating significant content with Grand Entertainment Ltd (GZ) for the Chinese market,” says Pukeko Pictures’ chief executive, Andrew Smith. “The series will be based on the popular Chinese books that already have strong market appeal and recognition so we know as an animated television show, Apple Dog’s Adventure will have great audience interest”.

Pukeko’s creative consultant Martin Baynton adds, “Pukeko Pictures is thrilled to be working with Professor Sun and his production team. The whole team are throwing themselves at the project with an infective energy and enthusiasm which shines through in all areas of production from design, to music and the incredible sets they are constructing.”

Following on from their success with the Pukeko Pictures’ television series, The WotWots, Grand Entertainment Ltd (GZ) recently announced the production of the educational app, Love to Learn with The WotWots.