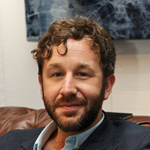 Irish animation studio Cartoon Saloon (The Secret of Kells) is hard at work on its upcoming preschool series Puffin Rock for RTEjr (Ireland) and Nick Jr. (U.K.), and actor Chris O’Dowd (Bridesmaids, The IT Crowd) has completed two voice sessions to record his role as the narrator of the charming nature adventures. O’Dowd is tasked with mixing amusing observations with interesting facts about the wildlife on Puffin Rock for the 39 x 7 series.

“I love the whole idea behind Puffin Rock and the style of the artwork,” the kids TV newcomer told the Irish Film & Television Network. “But then, I do love anything with puffins.”

Cartoon Saloon tapped Gorilla Post Production to handle sound effects, mixing and video post-production. O’Dowd’s first sessions were done in a sound booth in Los Angeles and recorded over broadband in Pro Tools by the Gorilla crew in Dublin. The facility is also providing libraries of nature sounds to the show’s composers to be built into the musical rhythm of the show. Other co-producers include publisher Penguin — which will produce digital and physical books and other products to complement the show — and North Irish children’s media company Dog Ears.

Puffin Rock was conceived by Cartoon Saloon’s Tomm Moore as part of a Multiple Project Development, which also includes the studio’s next feature film Song of the Sea. The production has the support of the Irish Film Board and development assistance from the Media European Film Fund. IFTN reports the studio expects to begin delivery of the show this October. 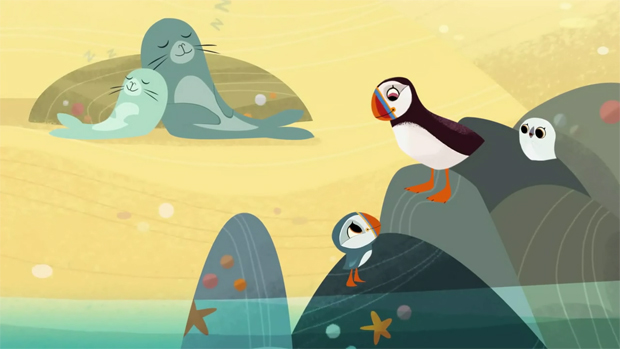