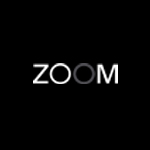 Varna, Bulgaria-based 4 Friends Studio and ZOOM Studio have begun production on a new stop-motion kids’ animated series, The Magic Button, after more than three years in writing/development and four months of set and puppet building. The project is the first animated show to be made in the region in the last 25 years.

The Magic Button centers on the rabbit family known as the Plushons– father Pippin, mother Martha and their children Lori and Fluke. They live in a house under an old tree not far from the rabbit village, and have in their possession a magic button passed down from Grandmother Clara. The children seek to find out more about the magic button, and discover the power of a loving heart is the strongest magic of all.

The story and characters were created by Miroslava Amaudova, who serves as director, concept artist and producer of the characters and sets. The 20-minute pilot will be followed by a 12-episode first season, written by Amaudova and Stanislav Evstatiev, with original music by Stracimir Pavlov. The production is supported by the Culture Fund of Varna Municipality.