A January premiere date for the series Sofia the First will be announced shortly. The movie and series will roll out internationally through mid-2013 on Disney Channels and Disney Junior channels. The series continues Sofia’s journey of becoming the best she can be, with relatable situational stories, set in a magical world of castles, wizards and flying horses, designed to provide kids 2-7 fundamental lessons about developing social skills.

Sofia the First: Once Upon A Princess” introduces Sofia, an average girl whose life suddenly transforms when her mother marries the king of Enchancia and she becomes a princess. Sofia soon discovers that looking like a princess isn’t all that difficult, but displaying honesty, loyalty, courage, independence, compassion and grace is what makes one truly royal. Ariel Winter, Sara Ramirez, Wayne Brady, Tim Gunn, Russi Taylor, Tress MacNeille and Jennifer Hale are part of the voice cast. Craig Gerber developed the movie and serves as co-executive producer and story editor. Jamie Mitchell is executive producer and director of the show. 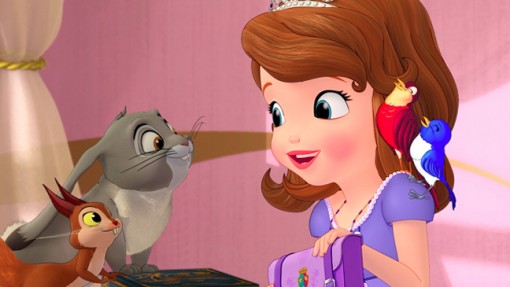 Sofia The First: Once Upon A Princess

A few weeks ago, the project sparked some controversy because of complaints by some Hispanic groups over the Caucasian look of the title character. However the show’s producers noted that Sophia is a mixed-heritage princess in a fairy-tale world.

“Her mother is originally from an enchanted kingdom inspired by Spain (Galdiz) and her birth father hailed from an enchanted kingdom inspired by Scandinavia. Sofia was born and raised in Enchancia, which is a make-believe ‘melting pot’ kingdom patterned on the British Isles. Sofia considers herself a normal Enchancian girl like any other. Her mixed heritage and blended family are a reflection of what many children today experience.” 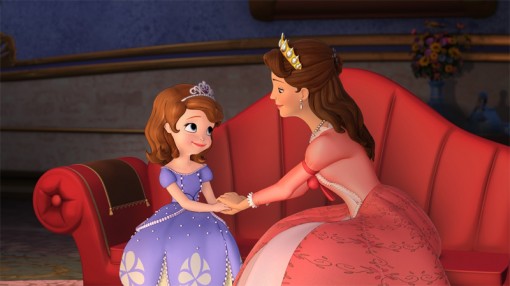 Sofia The First: Once Upon A Princess