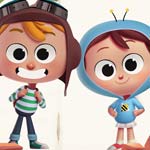 Bradley and Bee, the latest 3D-animated preschool series from award-winning Scottish studio Red Kite Animation and Tomavision, is taking wing toward new homes on Spanish TV with broadcasters RTVE and TV Catalunya. The imagination-fueled 52 x 11 min. series will make its debut in Spain in 2019.

Bradley and Bee follows seven-year old Bradley and his five-year-old sister, Bee, who share an incredible secret: With their “Big Book of Adventure,” they are transported into a wonderful world of imagination. When they open the book, Bradley and Bee are whisked away to meet their many animal friends living in rainforests, deserts and snowy mountain peaks aboard Bee’s trusty toy model plane, Bessie. In these exotic geographical regions there’s always a problem to solve, something to learn and an adventure to be had.

“We are very happy to once again join Tomavision and Red Kite on another excellent property for the children of Catalunya,” said Dani López Braña, Head of Children’s/Youth Programming and Animation Co-production, TV Catalunya / TV3. “Bradley and Bee was presented at the Cartoon 360 in Barcelona and we all loved the concept of children playing together, creating worlds and learning as they play.”

Yago Fandino Lousa, Children’s Content Manager, RTVE / Clan TVE, commented: “We are delighted to be joining this charming animated series. Bradley and Bee is an excellent fit for RTVE with its active imaginative play and learning philosophy. We evaluated the project in Cartoon 360 and we saw the series potential. Really charming characters that promote a positive relationship between siblings.”

Based on an idea from Scott Downie of Hungry Boy Productions, Bradley and Bee was developed by Red Kite and co-producers Tomavision, with the support of Creative Scotland and ICEC (Catalan Institute of Cultural Enterprises). 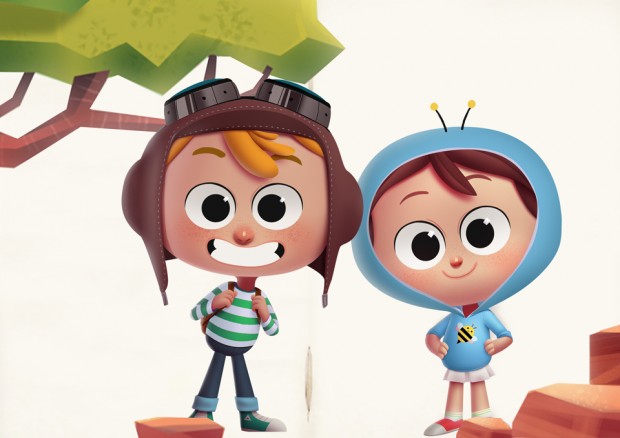