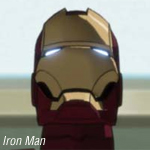 Mark your calendar to check out two completely new takes on old favorites from Marvel and the return of new episodes on Fox’s Animation Domination Sunday lineup.

Marvel will debut July 29 the new original anime-style series Iron Man and Wolverine on the G4 cable network. The  series will air exclusively on G4, with twelve half-hour weekly episodes that include interconnecting storylines and cameo appearances by several popular Marvel characters.

Iron Man debuts July 29 at 11 p.m. ET/PT followed at 11:30 p.m. ET/PT by Wolverine. The two new series will be joined in the fall by two more anime-style series, Blade and X-Men. All four are overseen by acclaimed comics writer and novelist Warren Ellis and produced by Madhouse for Marvel Entertainment and Sony Pictures Entertainment.

The network will debut its new animated series, Allen Gregory, on Oct. 30. Starting Oct. 30, The Cleveland Show will move to 7:30 p.m. ET/PT with Allen Gregory airing at 8:30 p.m. and the rest of the lineup remaining as is.