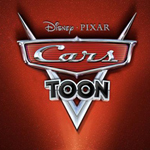 Set your DVRs: Airdates have been set for the second-season premiere of Cartoon Network’s Adventure Time, the debut of Nick Jr.’s Dino Dan and a new Disney-Pixar Cars Toon short film.

This Sunday, Oct. 10, also will see the debut of The Hub, a new children’s and youth-oriented channel from Hasbro Studios and Discovery. The channel replaces Discovery Kids and debuts with a number of classic and new animated series, including Dan Vs., Clue and G.I. Joe: Renegades.

Adventure Time returns Oct. 11 at 8 p.m. ET/PT on Cartoon Network. The Emmy-nominated series from creator Pendleton Ward was a ratings and critical hit in its first season and is produced in partnership with Frederator Studios.

Debuting with back-to-back episodes Oct. 17 at 7 p.m. is Dino Dan, a new series for preschoolers on Nick Jr. The series mixes live action and CG-animation and will debut with the network airing two weeks of brand new episodes from Oct. 18-21 and Oct. 25-28 at 5 p.m. ET.