Those big-eyed busters of baddies Blossom, Bubbles and Buttercup–a.k.a. The Powerpuff Girls–are soaring back to Cartoon Network for an all-new animated special. Making its television premiere on January 20 at 7:30 p.m. (ET/PT) before an international roll-out, “Dance Pantsed” reunites the original stars of Craig McCracken’s Emmy-winning toon and features a special guest appearance by Beatles legend Ringo Starr as Fibonacci Sequins, the world’s most flamboyant mathematician. Starr also performs an original music video and song, “I Wish I Was a Powerpuff Girl.”

In “Dance Pantsed” the girls need to figure out why Mojo Jojo is kidnapping a mathematician, an opera singer and a badger (to steal Chemical X and take over Townsville, of course!) When the girls thwart him once again, the crafty simian invents a sinister video game called Dance Pants R-EVIL-ution to control their minds and bodies to fulfill his plot! The professor must revisit his dark, dancing past to save his girls so they can save the world. “Dance Pantsed” features the voices of Catherine Cavadini as Blossom, Tara Strong (Bubbles), E.G. Daily (Buttercup), Roger L. Jackson (Mojo Jojo), Tom Kane (The Professor) and Tom Kenny (The Mayor).

To get fans in the mood for the special, Cartoon Network will showcase 10 classic Powerpuff Girls episodes during a five-hour marathon on Sunday, January 19, beginning at noon. (And keep your eyes peeled for the new mobile game launching in January). “Dance Pantsed” is produced by Cartoon Network Studios in association with Passion Pictures in the U.K. Dave Smith serves as director with Kevin Dart as art director. 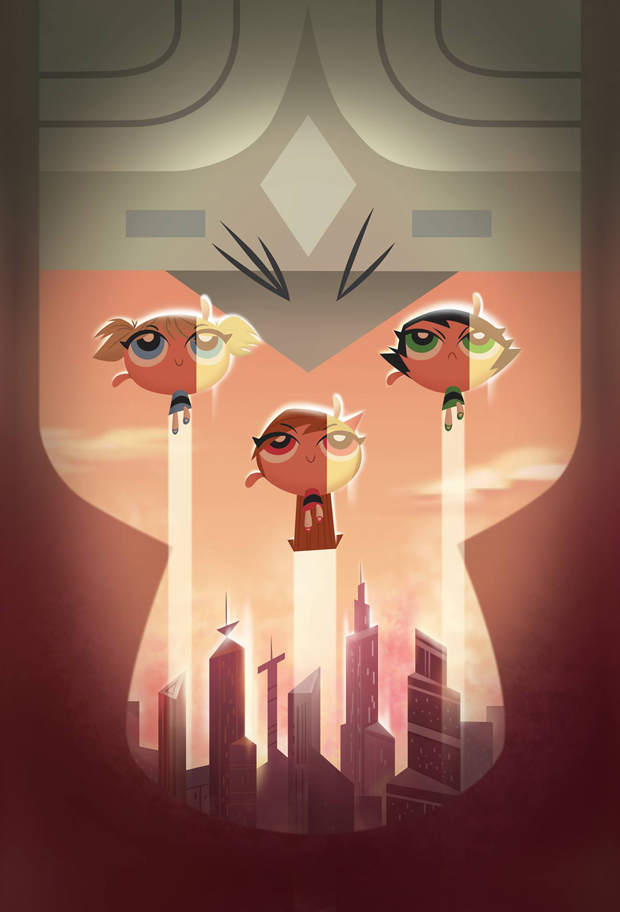