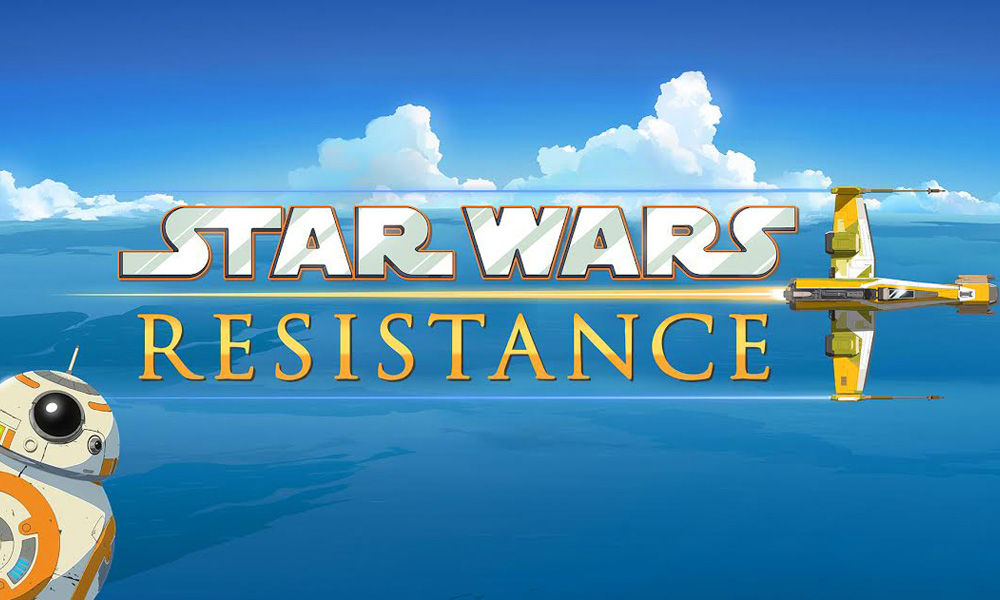 Star Wars Resistance relates the events leading up to the feature film Star Wars: The Force Awakens. While many details are yet to be announced, the series will follow Kazuda Xiono, a young pilot recruited by the Resistance and tasked with a top-secret mission to spy on the growing threat of the First Order. Animated appearances by established characters like Poe Dameron and Captain Phasma are also planned.

Director Dave Filoni (exec producer, Star Wars Rebels) commented: “The idea for Star Wars Resistance came out of my interest in World War II aircraft and fighter pilots. My grandfather was a pilot and my uncle flew and restored planes, so that’s been a big influence on me. There’s a long history of high-speed racing in Star Wars, and I think we’ve captured that sense of excitement in an anime-inspired style, which is something the entire team has been wanting to do for a long time.”

Star Wars Resistance will premiere this fall on Disney Channel in the US, followed by a debut on Disney XD and around the world.