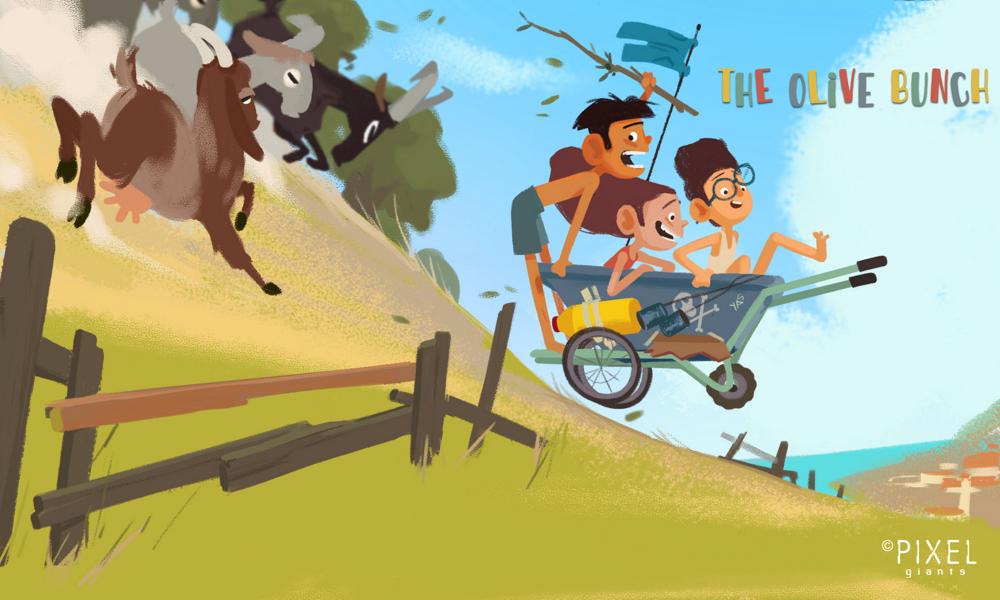 Cyprus-based Pixel Giants has launched a Kickstarter campaign for The Olive Bunch — a new 2D animated series following the adventures of three close friends growing up on the beautiful, enchanting Mediterranean island the studio calls home. The campaign is aiming to raise €15,000 ($18,000 USD) in an all-or-nothing bid to fund the production of a trailer.

Check out the Kickstarter here.

Co-created by art director Katerina Pantela and producer Maria Pavlou, The Olive Bunch draws from the talented creative team’s personal childhood experiences of endless summers, building treehouses and playing games amidst the beautiful olive groves of Cyprus. Best buddies Amira, Stephano and Yani enjoy their rural island life and mischievous explorations as they search for their place in the world. Their journeys are laced with folk tales, comedy and mystery.

The Olive Bunch – Kickstarter campaign from Pixel giants on Vimeo.

The show is the second series to be pitched by Pixel Giants at Cartoon Forum. The team developing The Olive Bunch has worked on animated series and short films for world-wide brands like Disney XD, Disney Channel, Nickelodeon, Amazon Prime and Netflix and have also been nominated for BAFTA, Emmy and Annie Awards.

Pixel Giants are incentivizing backers by preparing a tempting range of limited edition goodies and services — from digital stickers and artwork to tees, training videos, personalized content and even a trip to Cyprus — as rewards for all levels of support, from €10 to €3,000. 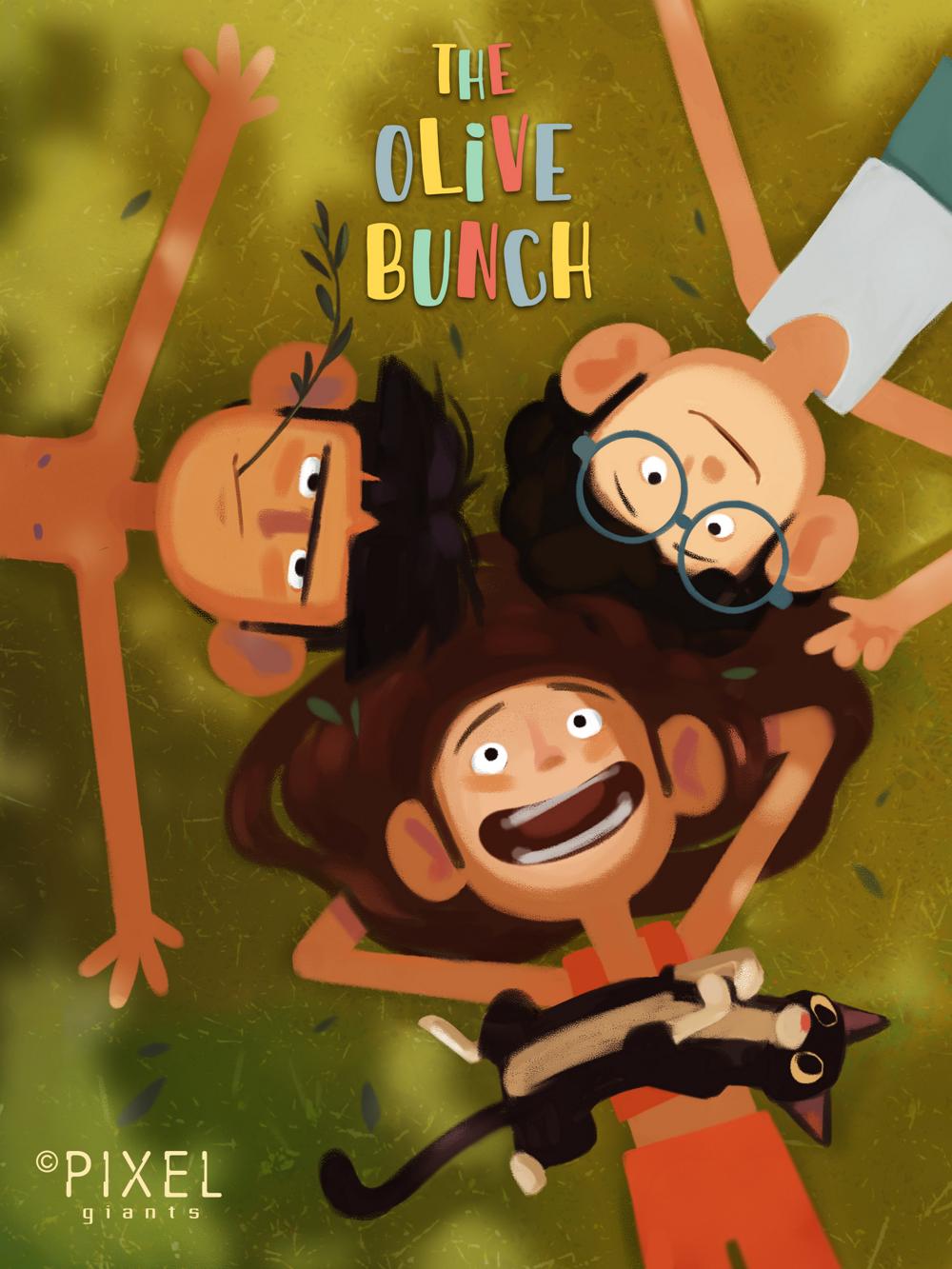 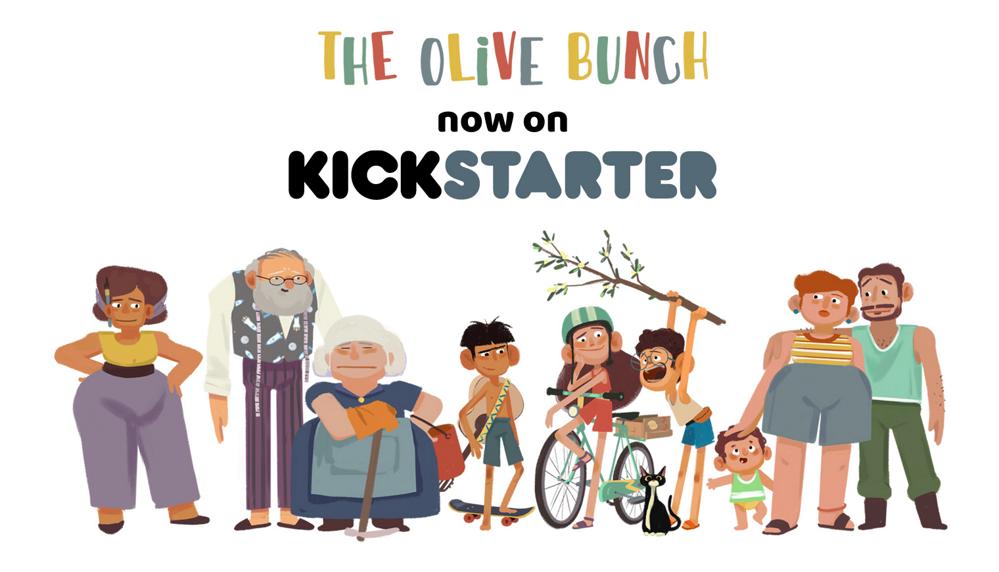