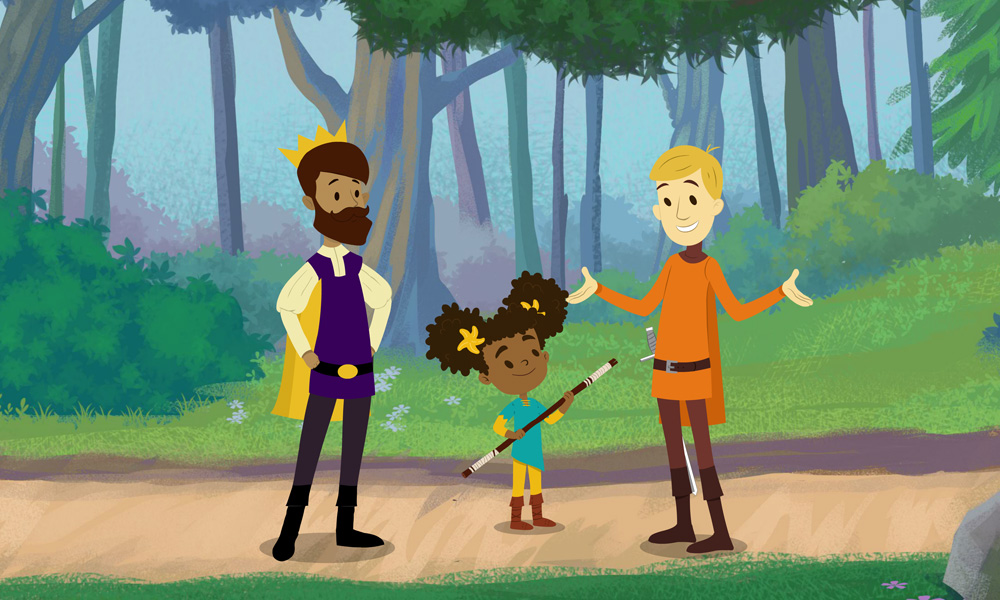 New York and Vancouver-based animation studio Big Bad Boo has always been on the forefront of producing children’s shows that have strongly promoted an inclusive message. Founded by Shabnam Rezaei and her husband Aly Jetha in 2005, the thriving studio has delivered shows such as Mixed Nutz, 1001 Nights, Lili & Lola and 16 Hudson, all of which strive to make the world a better place by emphasizing multicultural characters and gender diversity.

This summer, the studio took another bold stand by delivering The Bravest Knight, an adaptation of Daniel Errico’s popular book, which features a household with two dads. The show, which debuted on Hulu in June, features the voices of T.R. Knight, Bobby Moynihan, Storm Reid, RuPaul, Christine Baranski and Wanda Sykes, and is one of the first children’s animated shows with an openly gay main character.

Rezaei says she was in tears after she first watched Errico’s digital storybook and knew she wanted to turn the book into a series. “At the end of the story, the Prince and the Knight get married and that just made me very emotional,” she recalls. “The book is about a young pumpkin farmer, Cedric, who just wants to be a knight and achieves that title through hard work. I identified with Cedric. I also loved that there were no issues made of their marriage. It was the exact type of project I wanted to do in series format.”

The team at Big Bad Boo then set out to re-design the characters, while still paying homage to the beautiful original art. “For backgrounds, I envisioned an old Disney feature film quality, which we were finally able to achieve after trying out 12 artists,” says Rezaei. “With that, we began our pitch to Hulu and road show, in order to raise money for the show.”

Rezaei says the show has a clever way of putting a gay protagonist in the front and center. “We are very clever about it, because in the framing tale, we meet Sir Cedric and Prince Andrew, who are married now and have adopted Nia,” she explains. “Nia wants to be a brave knight like her father, so this allows us to travel back in time and hang with young Cedric. Inclusion is important because we want every member of the audience to identify with our characters and because we feel there are so many stories that aren’t being told. Authentic stories make for more meaningful experiences for the audience.”

Of course, this path to inclusion has had its share of challenges. “We did have resistance along the way, unfortunately, and it’s not our first experience,” says the animation veteran.

“Our ‘preschool-plus’ series 16 Hudson’s main character Luc also has two dads. Both of these shows have seen multiple doors shut down because of the non-traditional characters we have chosen. But we knew this going in, and we are and will always be willing to take a chance as long as the stories are good and the characters are strong. We know in the end, we will, because the arc of humanity bends toward justice.” 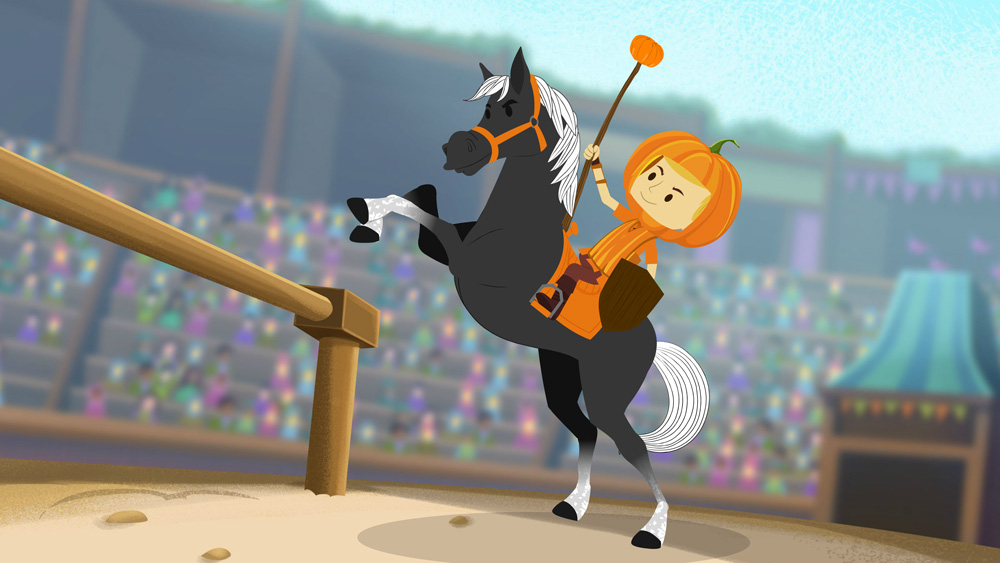 The Bravest Knight got a big break along the way thanks to MIPCOM’s “Pitch Your IP” session in 2017. “At that time, I was looking to just make it happen,” says Rezaei. “We were then greenlit by Hulu that November and started production a few months later in 2018. Between cast and crew, we have approximately 120 people working on the show. We are located in Vancouver and New York with some crew in L.A. as well as cast from those same cities and also Toronto and Philadelphia.”

The writing was done in New York with Errico and Emmy-winning story editor Randy Rogel (Batman: The Animated Series, Animaniacs). The animation, which is Flash-based, is done in Vancouver. Most of the pre-production design is done in Photoshop, headed by Sarita Kalhotra (backgrounds) and Tim Linklater (characters). The show’s supervising director Eddie Soriano and VP of production Paddy Gillen are both based in Vancouver.

Rezaei admits that one of the show’s biggest challenges is the budget. “We initially had created a budget that had not taken into consideration an all-star cast and when we got to the point of casting, it dawned upon me that we needed extra love and attention on this show, so I contacted Benjie Randall to help me cast stars,” she explains. “Benjie was so great in finding the perfect people for this show including RuPaul, who is doing the voice of a cross-dressing Big Bad Wolf, and Wanda Sykes, for the voice of Mona the Mayor.” 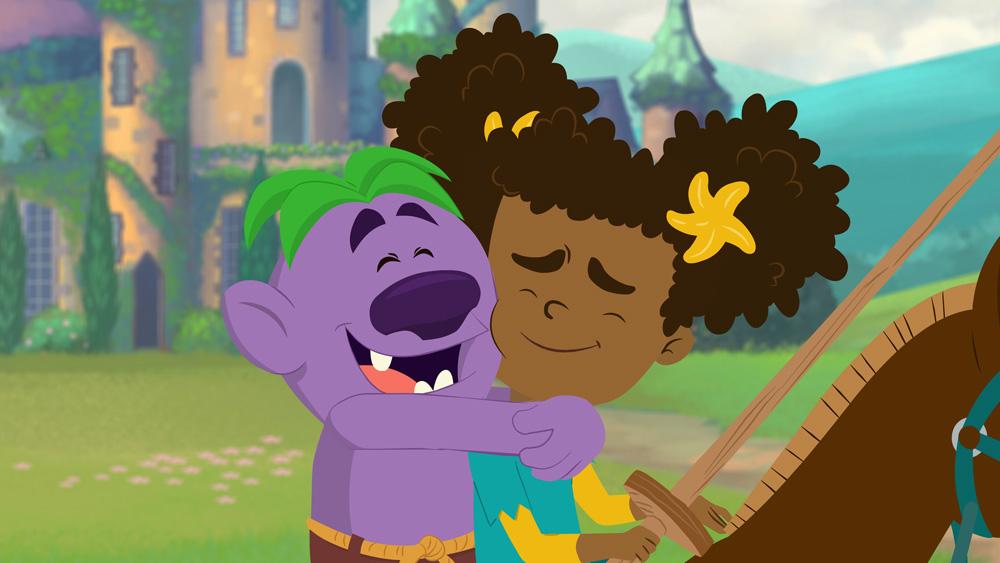 Although some may believe that the general climate is friendlier for inclusive animated shows that promote diversity, Rezaei says it is still quite difficult to stand out from the crowd. “I think 10 years ago, there were fewer channels and more money,” she notes. “Now it feels like there are more channels but the money has spread and people expect free content, which leads us to monopolies like YouTube — which are great, but they reduce options for boutique producers that want to make a statement with high-quality stories.”

She also points out that the cost of production has also been reduced dramatically with new technologies. “That’s why we also need to be better at making our shows with less money, which is something I strive for as well,” Rezaei believes. “Overall, I think things get harder and harder though as more niche channels emerge, money will split, making it hard to deliver quality.” 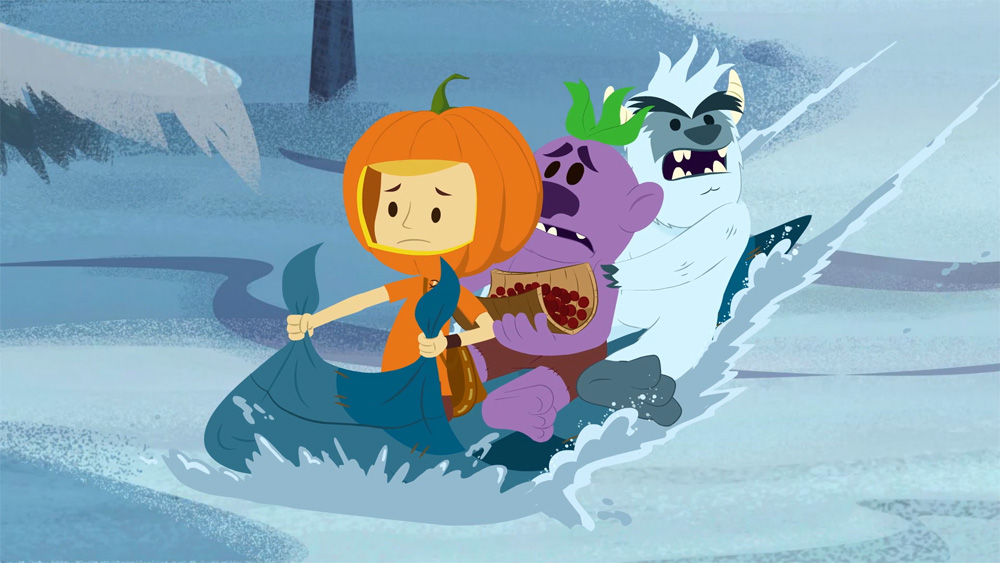 Nevertheless, producing a barrier-breaking show like The Bravest Knight has been quite a rewarding experience for Rezaei and her team. “I get messages on a daily basis from kids, parents, family members who just can’t wait for more episodes,” she tells us. “Parents who say they are tired of watching the first five over and over and over and asking when the next set will come out. (Seven new episodes are arriving in October). I think the loveliest messages though are from same-sex parents who finally feel like they have a place to take their kids where they feel normal and all along, those were the people I thought about and think about most. I am ecstatic about that.”

For now, Rezaei says she hopes audiences will learn core values such as kindness, empathy, perspective, humanity and perseverance from the series. “We are trying to build resilient children who are world citizens, who look to tackle problems cleverly but also always have a lending hand for their friend or neighbor, regardless of their size, shape or appearance,” says the talented producer/director. “Kids already have a lot of these qualities naturally, and if we can make them not lose them through the rather difficult world they are in right now, we have done one thing right.”

The Bravest Knight currently streams on Hulu. New episodes of the show will premiere in October. 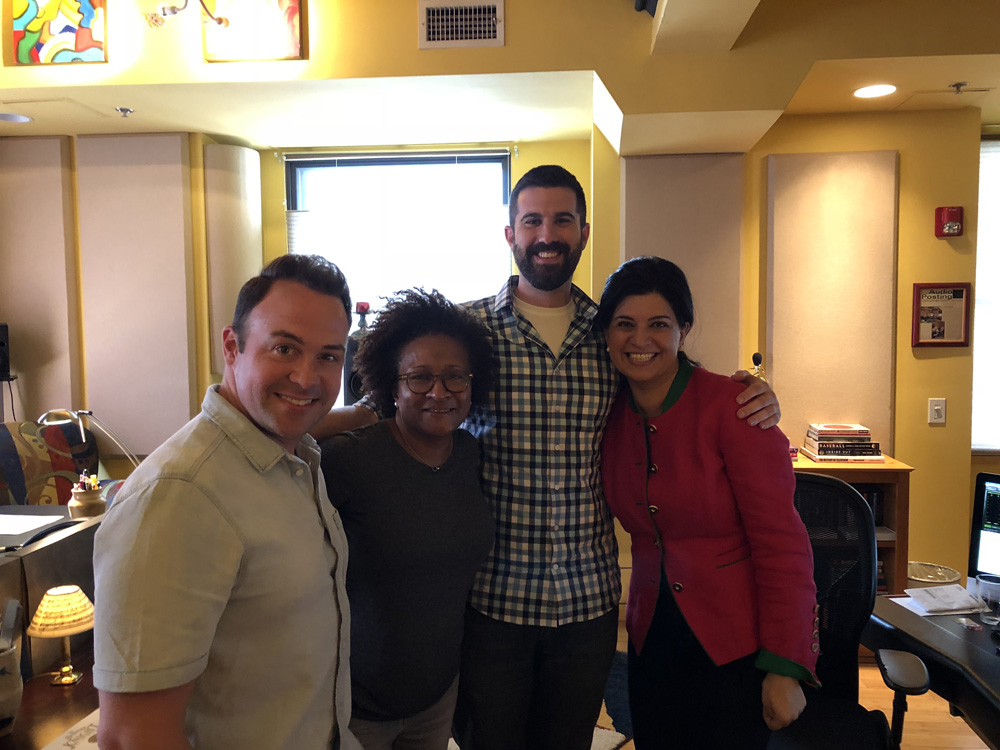