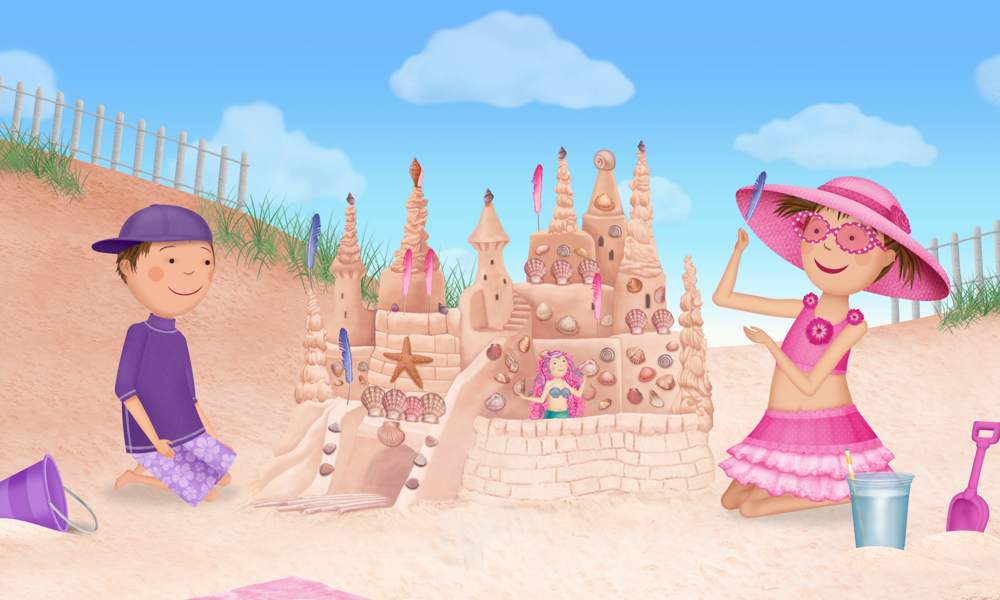 A perfectly rosy second season of Pinkalicious & Peterrific is set to premiere on PBS KIDS on March 30, kicking off with a week of brand-new episodes! The much-anticipated sophomore season brings even more colorful, imagination-fueled fun to families everywhere, as the episodes dive deeper into arts education plotlines, covering areas such as music, dance and visual arts.

From planning parties and playdates to creating costumes, puppets and more, preschoolers are in for pinkamazing adventures beyond color stereotypes alongside their favorite sibling duo!

“A Birthday Party for Kendra” Pinkalicious is shocked to hear that Kendra has never celebrated a birthday before, so she decides to throw her a surprise party with the help of their friends! But a pinkaperfect party isn’t what Kendra had in mind. Curriculum: (Visual Arts) Different people react differently to colors and visual styles.

“Norman Plans a Playdate” Norman the Gnome is really excited — his friend Edna is coming over to play! Pinkalicious and Peter put their gnome-thinking caps on to help Norman plan the perfect playdate. Curriculum: (Theatre / Visual Arts) Use role play to experiment with interacting with different types of people (and to help understand different types of personalities).

“Aqualicious” While at the beach, Pinkalicious and Peter meet Aqua, a merminnie! The three become friends and play together until it’s time for Aqua to go home. But Aqua’s home isn’t quite what Pinkalicious is expecting – it’s even more pinkamazing! Curriculum: (Visual Arts) A color can come in many different shades (focus on blue).

“Sing in the Spring” Spring has come to Pinkville, but none of the flowers have bloomed. Turns out all the springtime fairies have the flu. But with a little fairy dust and a lot of singing, Pinkalicious and Peter make the flowers bloom and help bring in the spring. Curriculum: (Music) Sing songs that use gestures to illustrate or substitute for words.

“Mr. Socko” Peter is missing one of his favorite lucky socks! To help her brother out, Pinkalicious creates a sock puppet with the sock Peter has. Pinkalicious and Peter then work with the puppet, Mr. Socko, to retrace Peter’s steps to find its other pair. Curriculum: (Visual Arts) An introduction to creating a puppet through found objects and learning to manipulate (or operate) it to create its character and show emotion.

“A Pinkapurrfect Pet” The Pinkertons discover a cat on their front doorstep! Pinkalicious and Peter realize that while taking care of a cat is tough, things can get even hairier when they wake up to find three new kittens. Curriculum: (STEAM) Explore the design thinking aspect of STEAM.

“Yodelahee Goat” Flora’s goat Greta has escaped her farm, and Pinkalicious and Peter help track it down. After running all over Pinkville, they find the goat on top of Town Hall! How in the world are they going to get Greta down? Curriculum: (Music) Introducing the singing form of yodeling, with a focus on using both high and low pitches.

“Pink Mascot” The Pinksters have a new mascot – the pinkatoo. Pinkalicious and friends make a mascot costume, but who will wear it and help cheer the soccer team on? Curriculum: (Theater) To create a character and embody that character when putting on a costume.

“The Sparkle Kart” Pinkalicious and Peter spot Kendra in a flashy store-bought go kart! With some help from Mommy, they make a homemade kart, the Sparkle Speedster, but is it fast enough to beat Kendra? Curriculum: (Visual Arts) Construct Assemblages; (STEAM) Engineering – creating something out of existing materials.

“The Pinkville Merry-Go-Round” The new Pinkville merry-go-round has … one bench? That’s no fun to ride. Pinkalicious and friends search all over Pinkville to find ways to make the merry-go-round more pinkamazing. Curriculum: (Visual Arts) Model flexible thinking as part of creative problem solving. 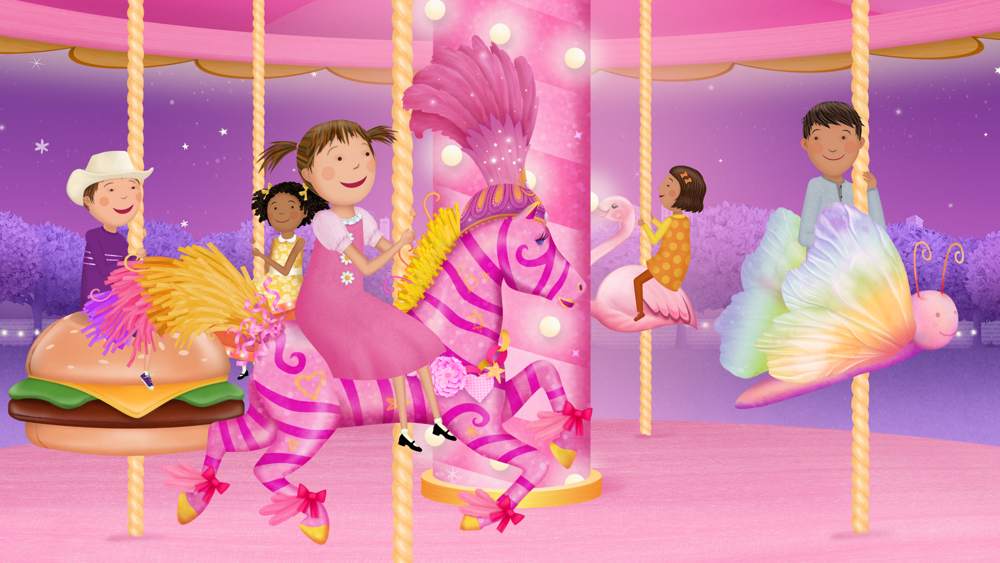