Monster Entertainment has sold animated preschool series Pikkuli to Germany’s MDR. The non-dialog series will broadcast on KiKA from August 19 through September 13, 2016, airing Monday through Friday at 7:05 a.m.

The 26 x 5-minute series follows a little bird named Pikkuli. Warmhearted and stubborn, the young bird explores the world with his family and friends by his side. The short format animations show that even life as a bird can be marvelous and sometimes complicated when you are the youngest member of your family.

Produced by Finnish studio Sun-in-Eye, Pikkuli is a 360 concept including mobile apps and games inspired by the TV series, which allow users to play drums in Woody’s old car, sing along with Hazel Grouse’s Chicks, search for lost Chicks in the Mole’s maze or explore Pikkuli’s playhouse.

Sun-in-Eye is in production on another 26-episode season, and will with Monster be looking for broadcast partners for seasons 1 and 2 at MIFA in Annecy and MIP Junior in Cannes later this year. 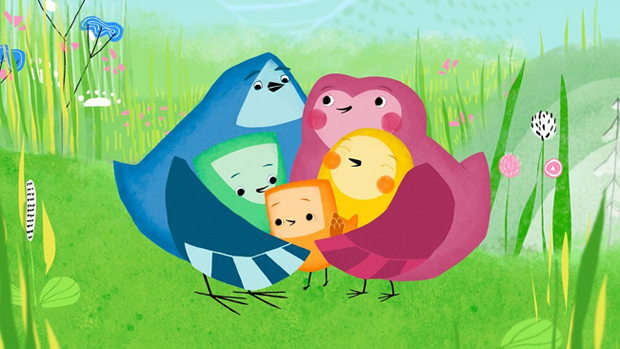