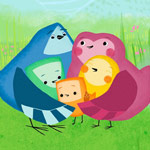 Monster Entertainment has inked a number of deals for season 1 of the adorable, non-dialog Finnish preschool series Pikkuli, produced by Sun In Eye Productions. A new narrated version is available now, and a second season is coming soon.

The 26-episode series centers on a little bird named Pikkuli, who is scared of flying and refuses to try. Instead, he swims like a penguin and hops like a chicken. Pikkuli compares himself to his talented big Sister and reckless Brother and it’s not easy to be so different. Athletic Father and caring Mommy know their youngest child is a bit odd, but they love him. His best friend, Honkkeli, is a wobbly shorebird with legs, neck and a beak that don’t seem to fit together. With help of his family and friends, Pikkuli finds his strengths.

In season 1, Pikkuli learns how to share toys with his siblings, tries to get goodies by pretending to have the flu, and gets a new pet and learns a lot of responsibility. He celebrates his birthday and builds a hut of his own. He will also learn a lot of love. Perhaps one day he will learn to fly, but for the time being, he prefers bouncing. 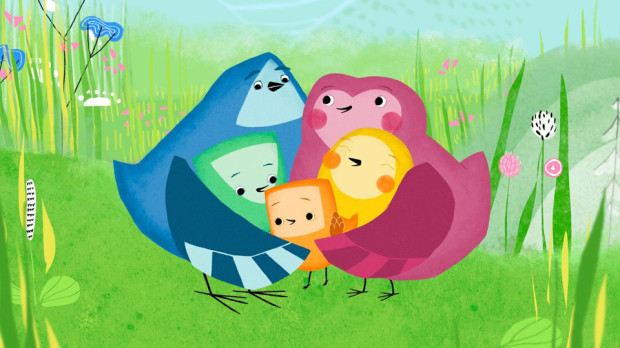