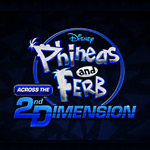 There’s no stopping Phineas and Ferb this summer. The show, which has been performing strongly this season, managed to set a new record this Friday: The TV movie Phineas and Ferb: Across the 2nd Dimension became cable’s most-watched film of the year with 7.6 million overall viewers.

The popular pic was cable’s No. 1 scripted telecast in any format among kids 6-11 and 9-14 and was highest in those demos for an animated program since Nickelodeon’s Fairly OddBaby in February 2008. Across the 2nd Dimension, which also garnered positive reviews, defeated all broadcast competition from 8-9:30 p.m. on Friday with a 1.3 rating and 1.7 million viewers in 18-49. 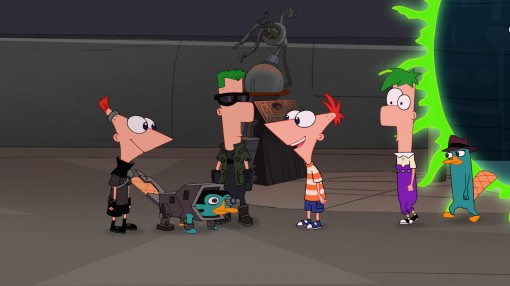 If you missed the movie on Friday, there are several more chances to watch it:

Disney Home Ent. will also release the DVD of the movie on August 23. In addition, DisneyChannel.com and DisneyXD.com feature “The Movie Game: The Dimension of Doooom!” and a “2D Yourself” activity that allows users to create a custom avatar to explore the 2nd Dimension, among other digital experiences. Here’s fun trailer for the tie-in game, which is available for PlayStation 3, Wii and Nintendo DS.