PGS Entertainment has secured a raft of global sales for the new Playmobil-inspired animated series Super 4 (52 x 11). The show is produced by Morgen Studios and Method Animation under commission by France Televisions; PGS represents the series in all territories.

New sales include to Atresmedia’s Neox Kidz in Spain, TV3 in Catalonia, Canal Panda in Portugal, RTBF in Belgium, RTS in Switzerland, RTL teleKids in the Netherlands & Luxembourg, MTV3 in Finland, Canal+ in Poland, Noga in Israel, Workpoint in Thailand, and Radio-Canada. Super 4, set to debut in early 2015, was previously sold to CiTV in the U.K. and Cartoon Network in Italy and Latin America.

Super 4 is a comedy-adventure CG animated series aimed at kids ages 5-9. The titular foursome are Alex the Knight, Ruby the Pirate, Agent Gene and Twinkle the Fairy. Together, they travel through five extraordinary islands: Technopolis, Kingsland, Enchanted Island, Gunpowder Island and a Lost World. They travel in their multi-transformable vehicle, Chameleon, tackling new challenges in every episode. 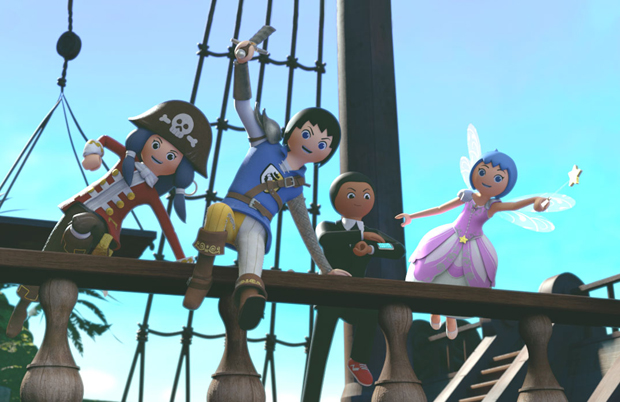