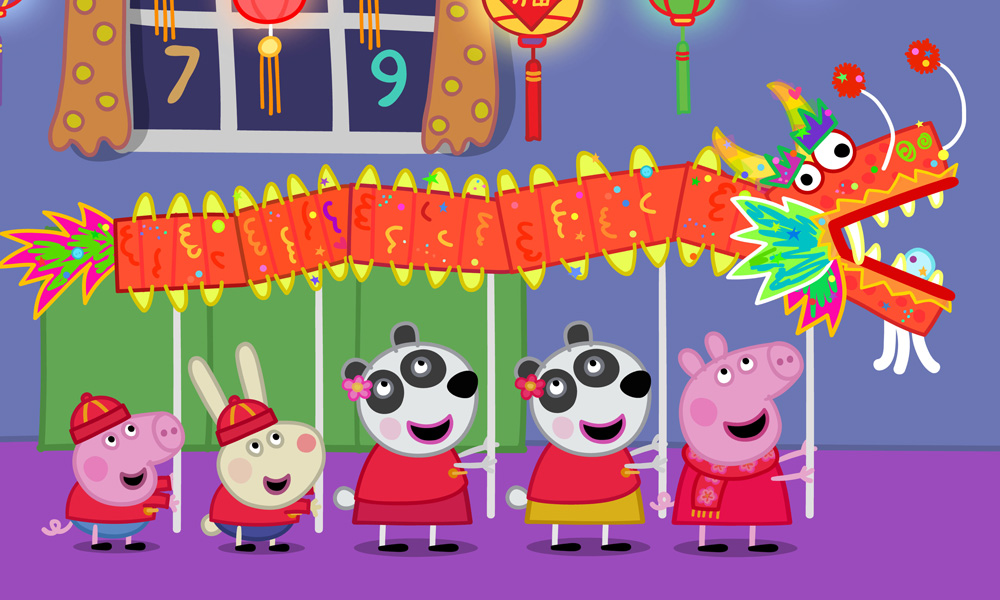 Entertainment One will kick off a perfectly porcine Chinese New Year “Year of the Pig” celebration for audiences all over the globe, with two new episodes of Peppa Pig set to screen across multiple markets. Centerting on Peppa, her friends and family celebrating the holiday, the specials will launch Tuesday, February 5 in the U.K. Select markets will air the episodes in Mandarin.

“We’re excited to unveil our latest plans to celebrate Chinese New Year with Peppa Pig fans around the world, thanks to a ground-breaking campaign we are rolling out with our broadcast partners around the globe,” said eOne’s Monica Candiani, EVP Content Sales, Family & Brands.

eOne’s Olivier Dumont, President, Family & Brands, added, “Airing Peppa Pig in Mandarin across our global broadcast platform will be a company first. As one of the fastest growing languages in the world, we hope the special broadcast will appeal to both native speakers and children wanting to get a first taste of Mandarin as a second language and we look forward to inspiring more children to learn about this rich language and culture.”

In the first episode, “Chinese New Year,” Madame Gazelle teaches the children all about Chinese New Year and they make a dragon costume for an unforgettable fireworks parade. In the second episode, “Panda Twins,” viewers are introduced to new characters Peggi and Pandora Panda, twin daughters of Policeman Panda, who are brought to playgroup for the first time.

The broadcast plans are part of eOne’s overarching strategy to celebrate the Year of the Pig with Peppa throughout 2019, including a raft of exciting plans for Chinese consumers. A nationwide cinema release, Peppa Celebrates Chinese New Year, co-produced by Alibaba Pictures, will debut in China on February 5. Exclusive Chinese New Year merchandise will be available including the first Panda Twin toys, large scale retail activations with leading e-commerce platform Tmall will be supported by a significant marketing campaign and a cross partnership with Merlin Entertainments’ new Peppa Pig World of Play indoor attraction in Shanghai will be full of surprises. A promotional video for Peppa Pig Celebrates Chinese New Year recently went viral on social media platforms, clocking up over 1.5 billion views in less than one week.

Zhang Dapeng, who directed the film, said both the trailer and the film aimed to promote family values. “Besides drawing attention to the film, what I wanted to do through this promotional trailer was to share the same values that are highlighted in the film – family, reunion, harmony and love.” 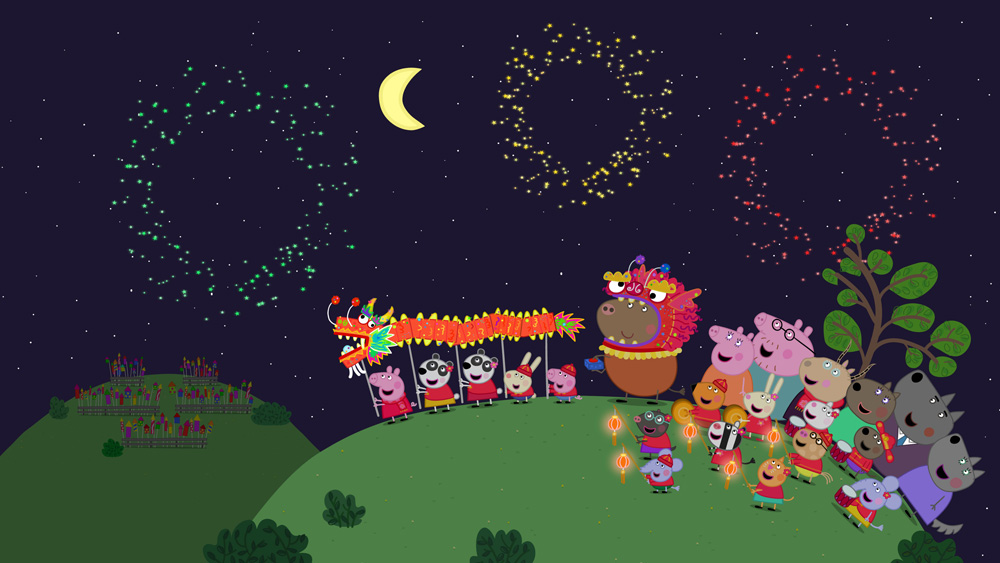