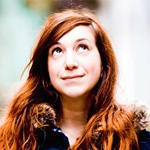 Illustrator and comicker Pélénope Bagieu’s celebrated feminist webcomic Brazen (Les Culottées) is being adapted into an animated 30 x 3 min. TV series by France’s Agat Films & Cie and Silex Films. An English version of Volume 1 of the collected comics will be published by First Second in 2018, following the success of two volumes released in French.

The short format toon will follow the comics’ approach of presenting mini-biographies of bold female game-changers from history, with the first season delving into the lives of 30 notables including “The Sword of Damascus” Naziq al-Abid, Josephine Baker, Nellie Bly and Dr. Mae Jemison.

The series concept was whipped up by Arnaud Colinart, Head of New Media for Agat. The animation is being handled by Silex at its studio, for delivering to pubcaster France Televisions. Sarah Saidan, who won the Tokyo Anime Award for Beach Flags in 2015, is directing.