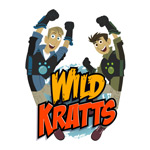 The popular animated series Wild Kratts will offer a new science special titled Lost at Sea on Monday, January 21. During the one-hour show, brothers and wildlife explorers Martin and Chris Kratt go under the sea and learn to speak “dolphinese” in two new episodes. Kids will also be able to explore natural science with the Kratts through new science games and science videos online, and new videos on mobile. In addition, the on-air special will be available on DVD starting January 22.

To kick off the adventure, the Kratts head to the most populated and diverse habitat on Earth — the coral reef — in “Blowfish Blowout.” Then the Wild Kratts decode the secret language of dolphins, among the smartest creatures on Earth, in “Speaking Dolphinese.”

“In ‘Lost at Sea,’ families will go on a creature adventure with Martin and Chris Kratt, trusted guides who bring science concepts to life,” said Lesli Rotenberg, General Manager, Children’s Programming, PBS. “In this on-air special, as kids swim with dolphins and explore the bustling habitat of the coral reef, they will learn important science concepts along the way, such as animal life cycles and methods of communication.”

Produced by the Kratt Brothers Company and 9 Story Entertainment, Wild Kratts transforms Martin and Chris Kratt, creators of the award-winning Kratts’ Creatures and Zoboomafoo, into animated versions of themselves, allowing the real-life zoologists to visit wild animals in their little-seen habitats and showcase key science concepts along the way. Geared to kids ages 6 to 8, each episode of the show presents age-appropriate science inspired by the natural abilities of the animals that the Kratt brothers — and young viewers — meet. The series premiered on PBS Kids in January of 2011. 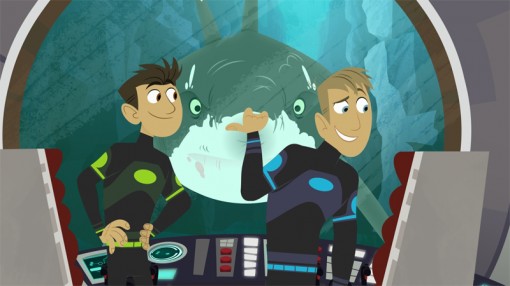