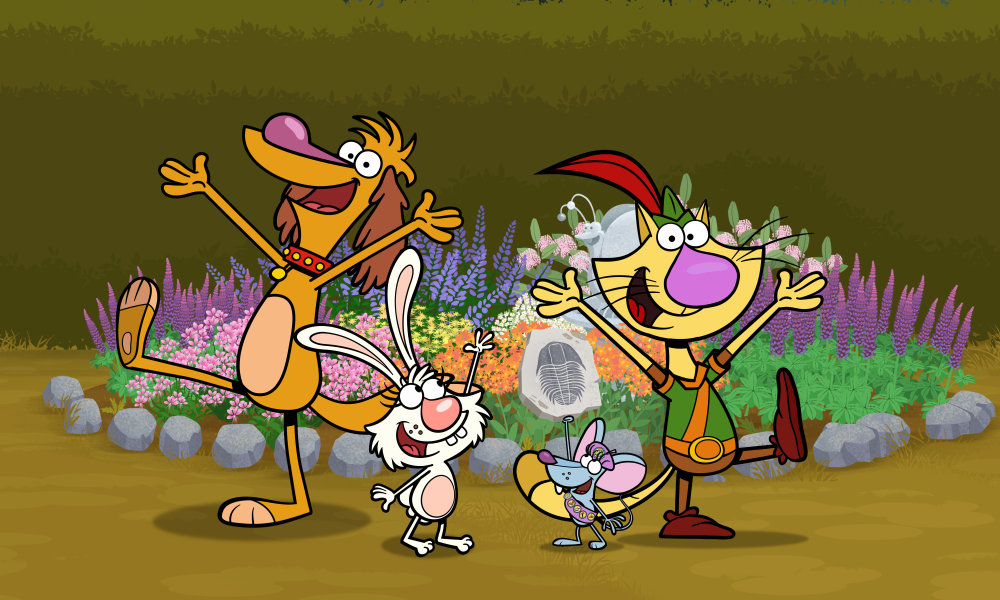 Combined, Seasons 4 and 5 will consist of 20 half-hour new episodes plus two one-hour movie specials and will debut in 2022.

“The humor of Nature Cat along with the overarching theme of the importance of spending time in nature continues to resonate with kids and families, especially over the past year,” said Adam Rudman and David Rudman. “The new seasons will bring bigger, bolder, and of course funny adventures while presenting relevant themes such as weather, recycling and civics in relatable stories for our young audience.”

In each episode, once his family leaves for the day, house cat Fred transforms into Nature Cat, “backyard explorer extraordinaire.” Nature Cat can’t wait to get outside for a day of backyard nature excursions and bravery, but there’s one problem: he’s still a house cat with no instincts for nature. With the help of his animal friends, Nature Cat embarks on action-packed adventures full of nature investigation, “aha” discovery moments and humor, all while inspiring children to go outside and “play the show.”

Fans can watch Nature Cat on their local PBS station and stream for free on PBS KIDS. Games, activities and more that reinforce the series’ curriculum can be found and will continue to be updated on pbskids.org/naturecat and the PBS KIDS Games app. A Nature Cat book series from Little Bee Books is currently available at retailers nationwide with two new book titles releasing later this year.

Save the Dates: Creative Arts Emmys Set for 3 Ceremonies in September
French Institute Brings Back Animation First Faves in ‘Rewind’ This Month