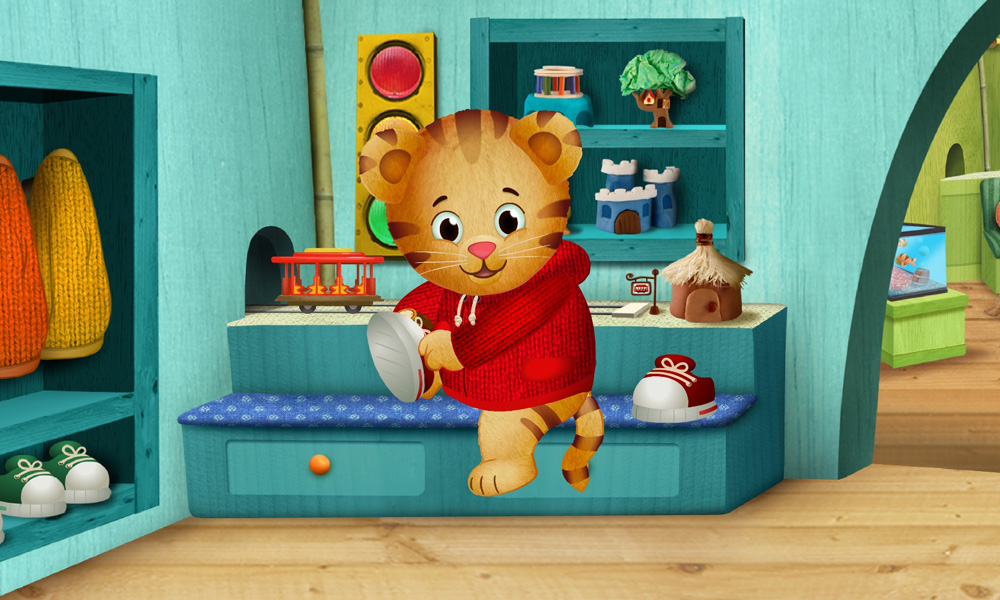 PBS KIDS is gearing up for fall back-to-school season, when it will enroll exciting new adventures from award-winning series, resources for families and teachers, and the announcement that Daniel Tiger will soon pounce on a fifth season.

Starting August 5, families across the U.S. can tune in to fun and educational programming, including the premiere of Pinkalicious & Peterrific: A Pinkaperfect Birthday — the show’s first one-hour special; back-to-back episode premieres of Dinosaur Train; and a special Daniel Tiger’s Neighborhood “Family Week” with five new episodes.

“The start of the school year marks a crucial transition for children, families and teachers – and helping them prepare for the year ahead is vital to success in the classroom and beyond,” said Lesli Rotenberg, Chief Programming Executive and General Manager, Children’s Media and Education, PBS. “Our PBS KIDS programming supports children’s social-emotional development and school readiness needs with enriching content that is as entertaining as it is educational.”

Along with the themed programming, PBS KIDS will offer new games on pbskids.org and the PBS KIDS Games App. Kids can explore different ways to dance and express themselves through movement in the sparkly, toe-tapping Pinkamagine Fashion Game, designed for one player or the whole family. Play with the Tiger family as they hide in silly places around their house in Daniel Tiger’s Hide and Seek, a fun way to remind children that people come back, even when they go away for a little while. And decorate train cars and discover the joy of helping others in Dinosaur Train: Dinocar Designer, a sticker-filled expressive experience for preschool-aged children mixing creativity and consideration.

New resources such as Pinkalicious activity videos and printables and a family-oriented book list will be available on the updated PBS KIDS for Parents site. Teachers can turn to PBS LearningMedia for collections of classroom resources, clips and activities connected to Daniel Tiger’s Neighborhood, such as the “Life’s Little Lessons” collection, as well as resources from Pinkalicious & Peterrific, and more. The site now includes features such as simple browsing by curriculum area, state/national standards and grade; improved search functionality; a refreshed look and easier access to local PBS station resources.

Season 5 of Daniel Tiger’s Neighborhood, the top-rated, Emmy-winning PBS KIDS series from Fred Rogers Productions, will premiere next summer. Featuring 20 episodes plus a half-hour special, S5 will address key universal themes for preschoolers and their parents, including managing sibling rivalry, maintaining calm at mealtimes, missing loved ones, growing up, coping with accidents, and more through the show’s hallmark musical strategies. In addition, three of the series’ most popular strategies will be revisited through brand-new stories. Plus, Daniel will get to meet fun new neighbors who are sure to become viewer favorites, too.

“Research shows that Daniel Tiger’s Neighborhood nurtures empathy and strengthens emotional recognition, important skills for preschoolers,” said Linda Simensky, Vice President, Children’s Programming, PBS. “This series is the ‘go-to’ resource for parents who are navigating life with their young ones, and we’re excited to provide even more effective strategies to help their kids learn and grow in Season 5.”

“Daniel Tiger’s Neighborhood truly resonates with young children and their parents, and we’re thrilled to bring a brand-new season of the standout series to PBS KIDS,” said Paul Siefken, President and CEO, Fred Rogers Productions. “Season 5 will bring wonderful new friends to the Neighborhood, along with exciting new experiences for Daniel — and young viewers nationwide.”

In conjunction with the S5 premiere, new Daniel Tiger digital content for kids, parents, and teachers will launch in summer 2020.

Pinkalicious is excited for her most pinkaperfect birthday party ever! During the festivities, Pinkalicious receives a mysterious gift that makes her birthday wish come true – she can turn anything pink! But not everyone shares her love of a pinkafied world. Pinkalicious and Peter take a trip to Fairyland to find the gift-giver – the Birthday Fairy – hoping she can help restore Pinkville to its proper colors.

New episodes premiere and stream August 26. The PBS KIDS 24/7 channel and livestream will host a weekend-long marathon of Dinosaur Train, kicking off on Friday, August 23 at 7 PM as part of PBS KIDS Family Night and continues through 6 AM the morning of Monday, August 25.