Kiddy favorites are embarking on festive seasonal adventures on PBS KIDS, with new and returning holiday-themed episodes and movies airing throughout December. These include premiere preschool fare from Splash and Bubbles, Thomas & Friends and Ready Jet Go!

Cranky Christmas: Sir Topham Hatt sends Thomas to the docks to collect a very important Christmas parcel. When unloading the ship, Cranky drops the parcel and fears that he broke the contents within. He hides the parcel, but it’s soon found and Thomas sets off to deliver it. When Thomas slips on the icy tracks, he thinks that he broke the contents of the parcel. Sir Topham Hatt opens the parcel and reveals materials for the community’s ice skating rink-unbroken!

Snow Place Like Home: The snow is causing all sorts of trouble for the engines. Emily is at the Steamworks waiting for a truck, Kevin is trapped outside, and Victor ventures out to rescue Kevin, who he thinks is headed towards the depot. Luckily, Thomas is sent to the depot, too, and is able to find Victor before any other engines get stuck in the snow.

Helping Hiro: When Thomas accidentally spills his cargo on the tracks, Hiro becomes derailed. Hiro requires repair at Steamworks and Thomas ventures into the woods in attempt to find spare parts to expedite Hiro’s recovery. He soon finds himself alone in the woods, immobile due to the old, broken tracks. Rocky, Percy, and Sir Topham Hatt to the rescue, Thomas is brought back to Steamworks, where he is surprised to see Hiro already fixed!

The Beast of Sodor: Spencer is stranded on Sodor because of the snowy weather and delights in telling the other engines about meeting the abominable snowman. Henry is frightened by the story and Spencer continues to play on his fear. However, when they encounter a man covered in snow, it’s Spencer who is most afraid! Thankfully, the seemingly abominable snowman turns out to be Sir Topham Hatt.

Diesel’s Ghostly Christmas: Diesel is not a very helpful engine and, during the Christmas season, Thomas is determined to show him the errors of his ways. Over several days, Diesel is visited by ‘ghostly engines.’ They remind him of his past mistakes and show him the importance of helping others. When Diesel becomes derailed and fears the worst, he finally acknowledges the ghosts’ Christmas message.

The others are alarmed when they find out the reason Dunk is talking funny is that he has a parasite in his mouth. Dunk tells them that he doesn’t want to get rid of the parasite and even thinks of it as a friend, but in truth, he is afraid to go see the cleaner shrimp.

Ripple hears a strange message traveling through the ocean and follows the voice all the way to a fin whale, who explains that the voice was a message from her brother thousands of miles away.

While preparing for a reef obstacle course, the kids don’t believe that Gush used to be very fast when he was young, because frogfish are so big and slow. However, Gush decides to run the obstacle course just to show them how fast a frogfish can be.

Dunk’s “little cousin” Mo, a giant sunfish, comes to visit. The kids try to accommodate Mo, despite his large size, but he’s only there for a short time, because large fish like him prefer the space in the open ocean.

Tired of always being the “nervous friend,” Dunk decides he will no longer puff up or get upset. At first, Splash, Bubbles and Ripple are happy that Dunk won’t be nervous, but soon realize that Dunk’s cautiousness and puffing up serves a great function in their relationship.

Splash’s old school comes to visit the reef. Splash and his friends are impressed by their synchronized swimming abilities and try to duplicate them, but their attempt is complicated by the fact that they all move differently.

After losing Dunk’s lucky shell in the abyss without any light to guide them, Splash and friends follow a mysterious light in the distance before realizing that the light is from a firefly squid.

Zee the Zebra Bullhead Shark feels a bit threatened in her shark identity when news of an impressive great white shark in the area spreads to the reef, and everyone wants to go see it.

Dunk has spent a long time on his latest beautiful art project and asks Splash, Bubbles, and Ripple to watch over it, which they promise to do. When the tide comes in, they try their best to protect it, only to learn Dunk knew that would happen eventually anyway.

After the Propulsions download their new version of their saucer dashboard operating system, things are out of whack. Their test drive to Mars – usually a simple trip – is complicated by the new dashboard. They zip to Venus and Saturn instead… and then finally land on Mars, so they think. They’re actually in an Earth desert, Mars-like at first (hot, red soil, lack of water), but soon they realize where they are. A desert vs. Mars comparison is made. Before heading home, the family decides that the old, dependable saucer operating system works just fine for them.

The kids try to dig into the Center of the Earth (a la Commander Cressida), but after finding out that the center is much too hot and the layer of Earth leading up to it is solid rock, they re-vamp their plans. They decide to become the kids to dig down the deepest into the Earth. Learning about the layers of the Earth inspires Jet to make an Earth Layer Cake.

An Earth-orbiting “telecom” communications satellite breaks down, and satellite TV service in Boxwood Terrace stops working. Three people can’t watch their favorite shows and consequently get very upset. Jet decides to fly up to space and see what the problem is with the satellite, and hilarity ensues.

The kids learn that they can use links to different websites to see a satellite view of their house. Mindy notices that Jet’s house is not in the image. That’s because these images are from sometime over the past 2 years, and not live images from space. With Dr. Rafferty’s help, the kids identify the next time a satellite will pass over their neighborhood, and try to gather for a “space selfie” next to Jet’s house.

After learning about space junk, the kids are determined to help do their part to clean up their “space neighborhood.” They meet up with Uncle Zucchini, a long-time galaxy garbage man! Using Bortronian technology, they start a cleanup. During the course of the day, our kids learn that recycling is necessary both on Earth and in space!

Jet is fascinated by Earth paper airplanes when he watches Sean casually fold one. Jet suggests that the kids challenge each other to build the plane that will fly the farthest, and still carry the payload of a message. Sean wants to use the Scientific Method to solve the distance/size issues.

Holiday episodes from the following series will also encore in December:

PEG + CAT
THE CAT IN THE HAT KNOWS A LOT ABOUT THAT!
WILD KRATTS
CURIOUS GEORGE
BOB THE BUILDER
SESAME STREET 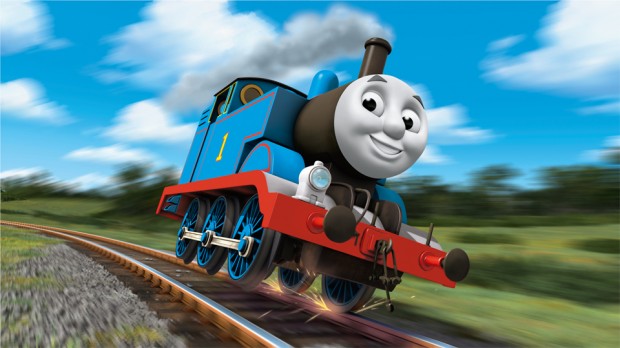 You may also like...
Related Topics:Bob the Builder, Curious George, PBS Kids, Peg + Cat, Ready Jet Go!, Sesame Street, Splash and Bubbles, The Cat in the Hat Knows A Lot About That!, Thomas & Friends, Wild Kratts