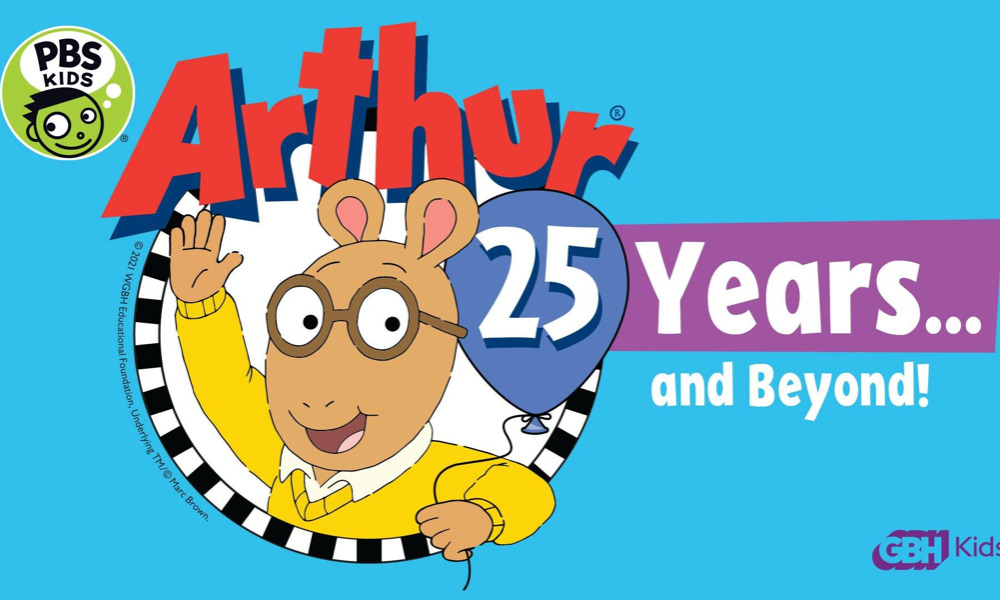 PBS KIDS and GBH Kids announced that Arthur, the iconic Peabody- and Emmy Award-winning series based on the bestselling books by Marc Brown, will celebrate its 25th anniversary with a special marathon, including four new episodes, which culminate in a much-anticipated ending that gives a glimpse into what’s in store for the future of these beloved characters.

The marathon will feature more than 250 episodes and movie specials back-to-back on the PBS KIDS 24/7 channel and livestream, as well as on the PBS KIDS YouTube channel from February 16 at 9 a.m. EST to February 21 at 5 p.m. EST. The four brand-new episodes will air on PBS stations (check local listings) and stream free on PBS KIDS on February 21, concluding the show’s 25th and final television season.

“For more than 25 years, Arthur and his friends have kept viewers learning and growing through their true-to-life experiences,” said Sara DeWitt, SVP and General Manager, PBS KIDS. “We can’t wait to debut these episodes and introduce new Arthur content that will give fans more ways to engage with their favorite aardvark.”

Arthur is the longest-running kids’ animated series on TV and is known for teaching kindness, empathy and inclusion through everyday adventures and many groundbreaking moments. In the new episodes, Arthur and his friends solve a mystery, see a silent movie, find out what it’s like to be a reporter, learn how to help a grieving friend, go on a family vacation, and get a hint of their futures from a mysterious fortune-telling game. New Arthur content will continue rolling out in 2022 and beyond, including a podcast, video shorts that tackle timely and compelling topics, and digital games. The 25 TV seasons (250+ episodes) will continue to be available on PBS KIDS.

“It’s been a privilege to work with an extraordinary and talented team to bring to Arthur to public television audiences for more than two decades,” said Carol Greenwald, Senior Executive Producer, GBH Kids. “We’re excited about Arthur’s next chapter – sharing the stories and experiences of Arthur and his Elwood City community to the media platforms where the next generation of kids and families will connect with them for years to come.”

Brown, the author of the “Arthur Adventure” book series (65 million+ copies sold in the U.S. alone), is also releasing a new book, Believe in Yourself: What We Learned from Arthur (Little, Brown Books for Young Readers), on January 25. “It’s amazing that what began as a simple bedtime story for my son eventually evolved into over a hundred books and a collaboration with GBH and PBS KIDS that would last 25 years,” said Brown. “Now more than ever the last line of my first book Arthur’s Nose rings true: ‘There is a lot more to Arthur than his nose.’” 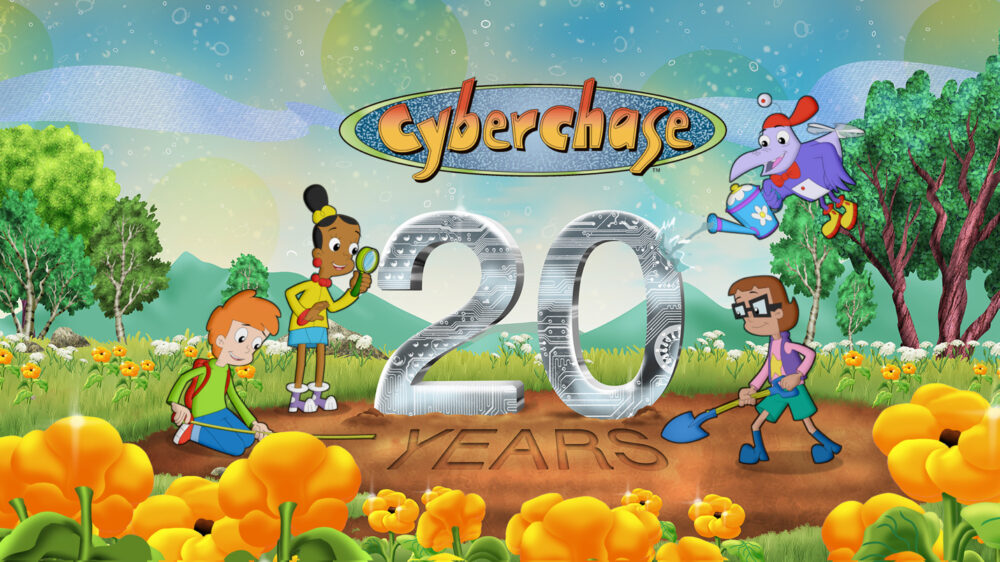 “Cyberchase engages young thinkers with exciting stories that explore important mathematics and environmental concepts and illustrate creative and collaborative problem solving,” said Sandra Sheppard, series executive producer and Kids’ Media & Education for The WNET Group. “We look forward to celebrating this special anniversary with kids and families nationwide and continuing our mission to educate and entertain our audience.”

To mark the occasion, a special marathon of six Cyberchase episodes selected by fans airs during “PBS KIDS Family Night,” Friday, January 21-Sunday, January 23, 7-10 p.m. ET on the PBS KIDS channel. The marathon features classic episodes from past seasons, including the series premiere, “Lost My Marbles,” along with other beloved stories such as “R-Fair City,” “Clock Like an Egyptian,” “Inside Hacker” and more. In addition, six special anniversary segments celebrating the show’s characters, content and impact will air ahead of each episode.

Season 13 of Cyberchase will premiere 10 new adventures during “PBS KIDS Family Night,” 7-9 p.m. ET on PBS KIDS, on Friday, February 25; Friday, April 29 in celebration of Arbor Day; and in May. The new episodes find the intrepid heroes, Jackie, Matt, Inez, and Digit, tackling a variety of timely environmental topics – from light and water pollution, invasive species and coral reefs to sustainable design, transportation, biodiversity and trees – using their math and problem-solving skills all along the way to save the day. Each episode will be accompanied by live-action epilogues, titled “Cyberchase: For Real,” that link the math and environmental concepts shown in the animation into the real world. A theme throughout the season is how the environment is interconnected, how one part can impact another and how even small actions can lead to big changes.

“I love playing The Hacker because he’s so self-important and yet so silly,” said Christopher Lloyd, who has been with the series from its inception and reprises his Emmy-nominated role in the new season. “I feel good about doing something for young people that is both imaginative and educational. When kids think through how the characters solve problems using logic and math, the solutions they come up with can be applied in their own lives as well. It’s been a wonderful experience to have a part in that.”

“We’re thrilled to celebrate 20 years of Cyberchase on PBS KIDS,” added DeWitt. “Kids across the country continue to connect with these characters, stories, and as a viewer noted, ‘cool ways to do math.’ We’re looking forward to more great content for families.” New interactive activities and resources that support the learning goals of the innovative series will also roll out on the Cyberchase website the same month.