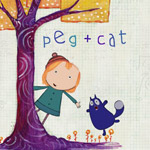 This week at the Television Critics Association Press Tour, PBS KIDS announced production of the newest addition to its lineup: Peg + Cat, which will premiere this fall. The animated preschool series centers on  spirited Peg and her sidekick Cat as they embark on adventures and learn fundamental math concepts and skills. The educational show will launch with a special one-hour broadcast of two back-to-back episodes, along with integrated kid-friendly online and mobile content.

Co-created by Billy Aronson (Rent, Postcards from Buster) and Jennifer Oxley (Little Bill, The Wonder Pets!) together with The Fred Rogers Company, every half-hour episode of Peg + Cat will feature two 11-minute stories in which the little heroes find themselves faced with an unexpected math word problem. But it’s not just an abstract academic exercise for them—it’s a messy and funny quandary they have to solve. The show focuses on teaching larger math concepts such as relative size, geometry and algebraic thinking as well as basic skills like addition and subtraction. The series curriculum is based on Common Core State Standards. Peg and Cat’s adventures will also take them through worlds of infinite possibilities—from farms to purple planets, 16th century Verona to Radio City Music Hall, the world of pirates to a prehistoric valley—demonstrating that math is everywhere.

The TV series will also be part of a multiplatform media experience that will include interactive content online and on mobile platforms. Currently, games and other resources are available online at www.pbskids.org/peg, and additional interactive features including more games, parent resources and a mobile app are set to launch with the on-air premiere in fall. 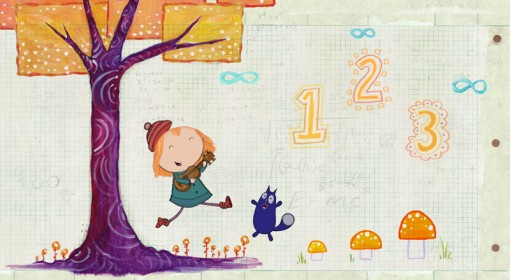 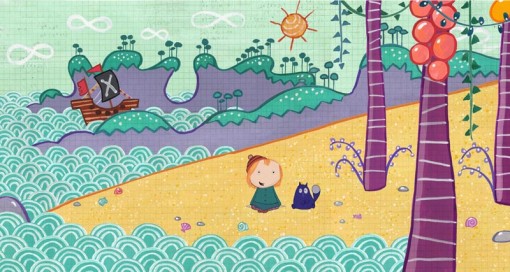