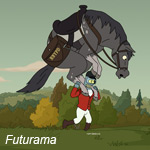 As if the end of summer vacation wasn’t bad enough, we now have to face the end of the season for Comedy Central’ Futurama. The good news is that the cabler is easing the pain by offering two back-to-back episodes on Wednesday, August 28 at 10 p.m. (9 p.m. Central). The first episode, which is titled “31st Century Fox” features the voice of Captain Picard himself, actor Patrick Stewart.

In the episode, Bender becomes a fox-hunting enthusiast, joining the Huntmaster (Stewart) on a high-class outing. But his love of the hunt turns to outrage when he realizes they are hunting not a regular flesh-and-blood fox, but rather a poor, innocent robot fox. Determined to take a stand for robot rights, he sets out to sabotage the next hunt only to find his plan has gone horribly wrong when he himself becomes the hunted.

In a three-part extravaganza entitled “Naturama,” the Futurama crew members are reborn as wild animals struggling for survival in their native habitats. First, “Salmon Fry” faces vicious predators, towering waterfalls, and the obnoxious “Salmon Zapp Brannigan” as he races upstream to mate with the lovely one-eyed “Salmon Leela.” Next, “Tortoise Professor” – an ancient and nearly extinct Galapagos tortoise – makes an epic journey to track down the last surviving female of his species. Finally, the huge, blubber-filled “Elephant Seal Bender” battles to the death to keep all other males away from his vast harem of adoring females. 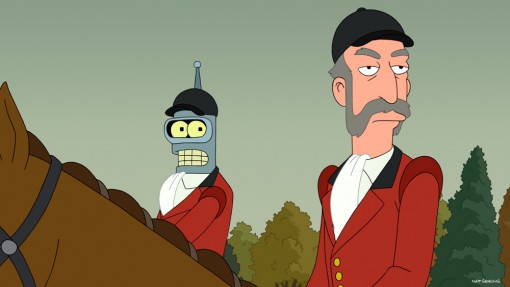 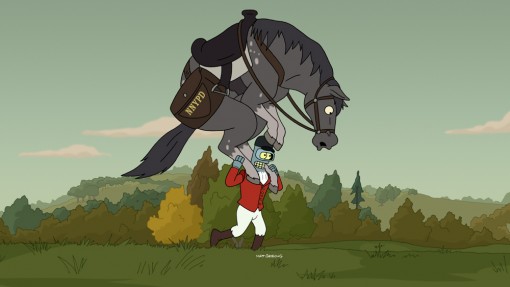