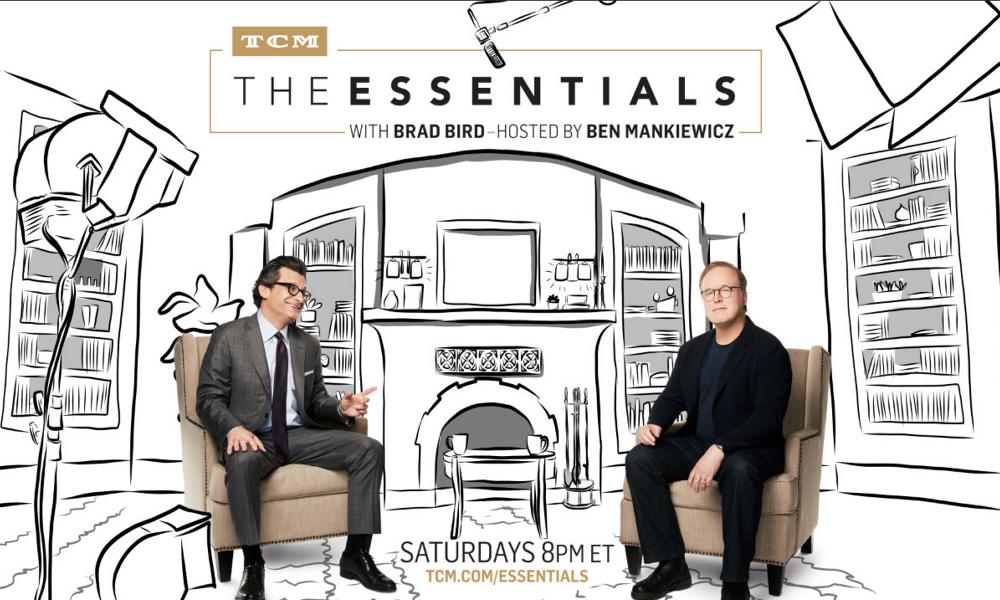 Turner Classic Movies (TCM) today announced that two-time Oscar-winning director, screenwriter, animator, producer and voice actor Brad Bird will join The Essentials, TCM’s popular franchise showcasing “must-see” classic films. Bird, known for films such as The Incredibles, Ratatouille, The Iron Giant and Mission Impossible: Ghost Protocol, joins TCM primetime host Ben Mankiewicz for the new season, where they will introduce a hand-picked film each Saturday and offer commentary on its cultural significance, its influence on other films, behind-the-scenes stories and their own personal reflections.

The new season of The Essentials, which airs every Saturday night, premieres May 2 at 8 p.m. (ET).

“I love jabbering about movies almost as much as I enjoy watching them,” said Bird. “In fact, I first met Ben Mankiewicz while jabbering about movies. My wife and I were at a film festival walking briskly up a street when we wound up walking alongside Ben, who was heading to the same screening. Who knew that our casual movie-talk would morph into a wonderful TCM event? Ben is very knowledgeable about cinema, as well as being a sharp, funny person to hang around with, and a perfect host. Getting the opportunity to talk with him about indelible films on TCM was an absolute joy. My biggest challenge was figuring out which films to choose, because for each great film that I mentioned there were 10 I left out!”

“Following the return of The Essentials last season with Ava DuVernay, we feel so fortunate to be able to bring in another elite filmmaker this season as my co-host, Brad Bird,” said Mankiewicz. “Brad’s particular artistic sense works his way into every conversation we had together. He sees so many stories through the eyes of an animator, providing a rare perspective on movies we think we know well, like Casablanca, Dr. Strangelove and The Searchers. And his childlike enthusiasm for movies, animated and live action, is unparalleled and infectious. What a thrill it is to be able to bask in it this season on The Essentials.”

Bird’s film selections for this season of The Essentials are: