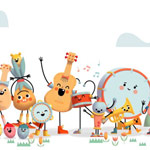 Punkrobot Animation Studio in Santiago, Chile — the shop behind Oscar-winning animated short Bear Story — will be presenting the pilot for a new short-form series called Guitar & Drum at the MIP Junior and MIPCOM markets, Variety reports. Bear Story made waves in 2016 when it became the first Chilean project to ever win an Academy Award.

Guitar & Drum (40 x 5 min.) centers on the titular characters and their other anthropomorphic instrument friends. Punkrobot partners Maria Elisa Soto-Aguilar and Antonia Herrera will direct the series, which has secured financing for a first season.

Studio CEO Patricio Escala, who is also president of Chile’s national animation lobby Animachi (www.animachi.cl), told Variety that the show’s core aim is to show children that “all features making us different and special persons are able to make up a big team, an orchestra if we join together to create a great melody.”

Punkrobot’s most recent project is co-production I Am a Little Red, a new short film from US studio 50 Eggs set to launch this fall. The 8-minute film is a contemporary update of “Little Red Riding Hood” aimed at helping children at risk of becoming victims of sex traffickers stay safe. I Am a Little Red is voiced by Jessica Chastain and directed by Mary Mazzio (I Am Jane Doe), Gabriel Osorio Vargas (Bear Story) and Alec Sokolow (writer, Toy Story).

The studio is currently executive producing German Acuna’s animated feature Nahuel and the Magic Book, co-produced by Carburadores (Chile) and Red Studio (Brazil). Punkrobot is also developing a feature film spin-off of Bear Story, to be written and directed by Osorio Vargas. The untitled project will follow a little girl trying to rescue her lost mother. 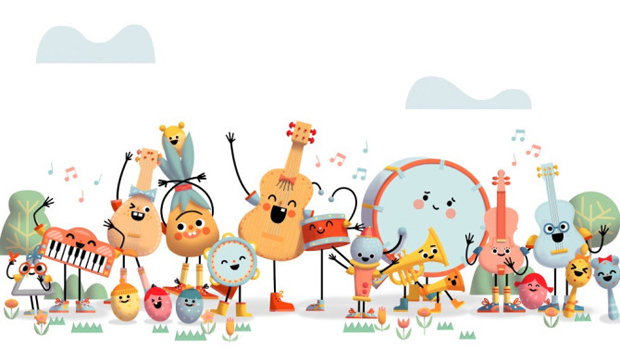